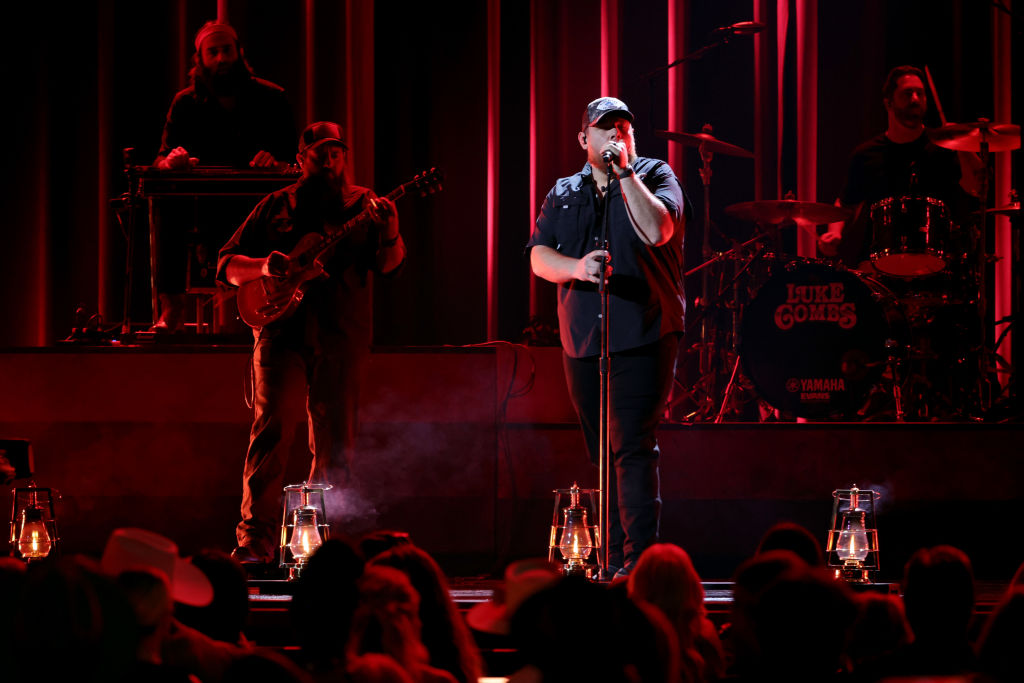 “I want to thank country music for making my dreams come true,” Combs said in accepting the top honors. “This is my fifth or sixth year being at this awards show, and country sounded a lot more country than it has in a long time,” he added.

The 56th annual Country Music Association Awards were presented tonight at Bridgestone Arena in Nashville. The telecast on ABC is tape-delayed to the West coast.

Cody Johnson took home Single of the Year honors for ‘Til You Can’t, while Lainey Wilson was a double-winner, taking Best New Artist and Female Vocalist of the Year.

Other winners included Brothes Osborne for Vocal Duo of the Year (their fifth time hoisting that trophy) and Old Dominion getting Vocal Group of the Year for the sixth time.

Old Dominion lead singer Matthew Ramsey paid tribute to Alabama’s Jeff Cook, who died Tuesday. “There’s nobody in this category that would be here without Alabama.”

The show opened with Carrie Underwood, Reba McEntire and Miranda Lambert with a joint salute to the late Loretta Lynn. They performed a medley of “You Ain’t Woman Enough,” “You’re Looking at Country,” “Don’t Come Home A Drinkin’” and “Coal Miner’s Daughter.”

Two winners were announced prior to the telecast. Ashley McBryde and Carly Pearce shared a CMA Award for Musical Event of the Year for their duet “Never Wanted to Be That Girl.” Cody Johnson’s “Til You Can’t” was awarded the prize for Music Video of the Year.

The complete winners list and nominees, with winners bolded:

ENTERTAINER OF THE YEAR

SINGLE OF THE YEAR
Award goes to Artist(s), Producer(s) and Mix Engineer

ALBUM OF THE YEAR
Award goes to Artist(s), Producer(s) and Mix Engineer(s)

SONG OF THE YEAR
Award goes to Songwriters

FEMALE VOCALIST OF THE YEAR

MALE VOCALIST OF THE YEAR

VOCAL GROUP OF THE YEAR

VOCAL DUO OF THE YEAR

MUSICIAN OF THE YEAR

NEW ARTIST OF THE YEAR