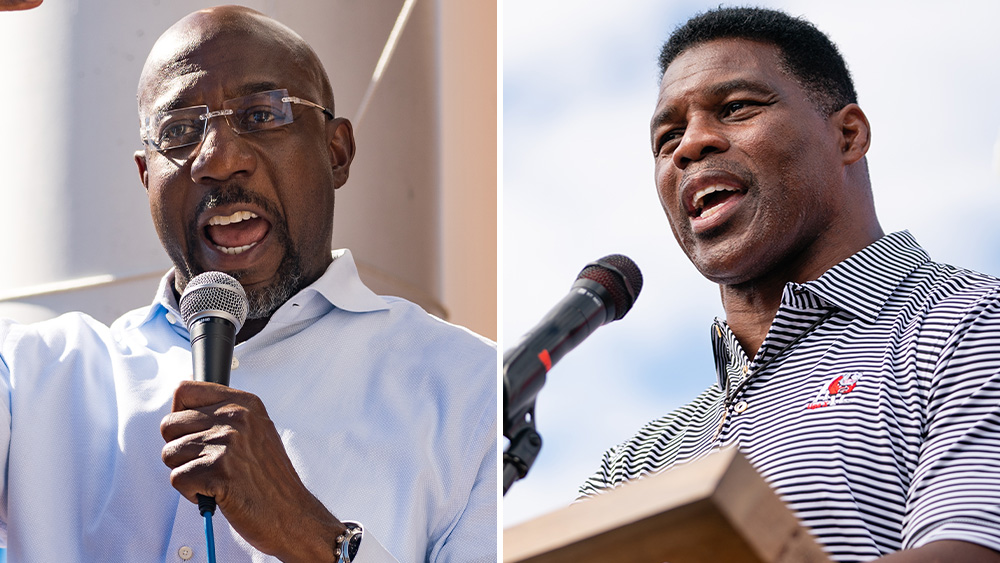 Just like in 2021, the Georgia Senate race is headed for a runoff that could decide who controls the upper chamber.

With neither incumbent Raphael Warnock nor Republican challenger Herschel Walker topping 50% of the vote in the state, the duo will face off again December 6. The runoff is a result of Georgia state law that demands a winning candidate garner more than 50% of the vote. Presently, Warnock has pulled in 49.4% to Walker’s 48.5% with 96% of the vote tallied, according to the AP.

After a long night Tuesday of counting votes in the increasingly purple state, CNN, NBC and various networks and outlets this morning projected an inevitable runoff.

Gabriel Sterling, COO of the Georgia Secretary of State’s office, told CNN on Wednesday morning “the clock’s already up in our office, we’re 27 days and six hours away from polls closing on the runoff election day.” Recently reelected Georgia Secretary of State Brad Raffensperger is expected to give a press conference at around 11 a.m. PT to make the matter official.

This is not the end zone Donald Trump and many leading Republicans thought they were going to be in on November 9.

Walker will always be known as one of the greatest University of Georgia football players of all time, but he wasn’t able to score a touchdown yesterday even thought fellow GOP Gov. Brian Kemp easily won reelection.  In a razor-thin race, the much-scandalized Heisman Trophy winner underperformed against Warnock, with Libertarian Chase Oliver as a possible spoiler. The third-party candidate hauled in 2.1% of the vote, most of that likely from Republican ranks.

Supported by longtime pal Trump in the deeply contested Republican primaries, Walker faced a series of accusations about seeking abortions for former girlfriends, violence in his ex-marriage, unacknowledged children and more. The pro-life Walker was also called out by his conservative advocate son Christian as a liar.

Additionally, policy challenged Walker seemed to exhibit a weaving relationship with the truth and reality in other aspects.

Brandishing a badge during the one and only debate with Democrat Warnock on October 14, Walker was admonished by moderators for bringing a banned “prop.” Doubling down onstage and in follow-up interview, Walker oddly insisted the admittedly “honorary badge” made him a member of law enforcement – a misstep Warnock and his supporters pounced on.

Like Trump, Walker tried to turn the mockery to his favor as an example of how was being attacked by elites.

Lacking Walker’s star power, preacher Warnock relied on the cloak of incumbency and competency in running for the job he has held for less than two years since unseating Republican Kelly Loeffler in a January 5, 2021 runoff. Elected in the same round as fellow Georgia Democrat Jon Ossoff, Warnock was the first African American elected to the Senate from Georgia and the first Black Democrat voted into the upper chamber from a former Confederate state.

In 2021, mere weeks after traditionally red Georgia went blue for Biden, Warnock and Ossoff’s election gave the Democrats 50 Senate seats to the GOP’s 50 seats. Which meant, with the supporting tie-breaking vote of Vice President Kamala Harris, that Dems took control of the Senate. In that context, the importance of the Georgia seat for both Democrats and Republicans accounted for the more than $270 million spent on the race and the presence of heavyweights like Trump and Barack Obama stump for their candidate in the deadlocked race.

With all the attention and money the Georgia race has garnered, much of which was drawn to Walker’s gaffes, an off-the-cuff comment from Senate Majority leader Chuck Schumer last month put the whole thing in perspective. Caught on a hot mic telling President Joe Biden that the Peach State race was going “downhill” for the Dems, Schumer (D-NY) added: “It’s hard to believe that they will go for Herschel Walker.”

Praying to push back expected off-year opposition party gains, Biden and the Democrats pegged Georgia as one race they had to win this year. Of all the 435 seats in the House of Representatives and 36 Senate seats on the ballot in various states, only Pennsylvania’s showdown between Lt. Governor John Fetterman and Republican and ex-TV host Dr. Mehmet Oz attracted the same level of attention as Georgia this make-or-break cycle.

As contests in Arizona and Nevada also remained unsettled, Georgia will see all the party elders and heavyweights from both sides come streaming in over the next four weeks to push their guy over 50%, hopefully.