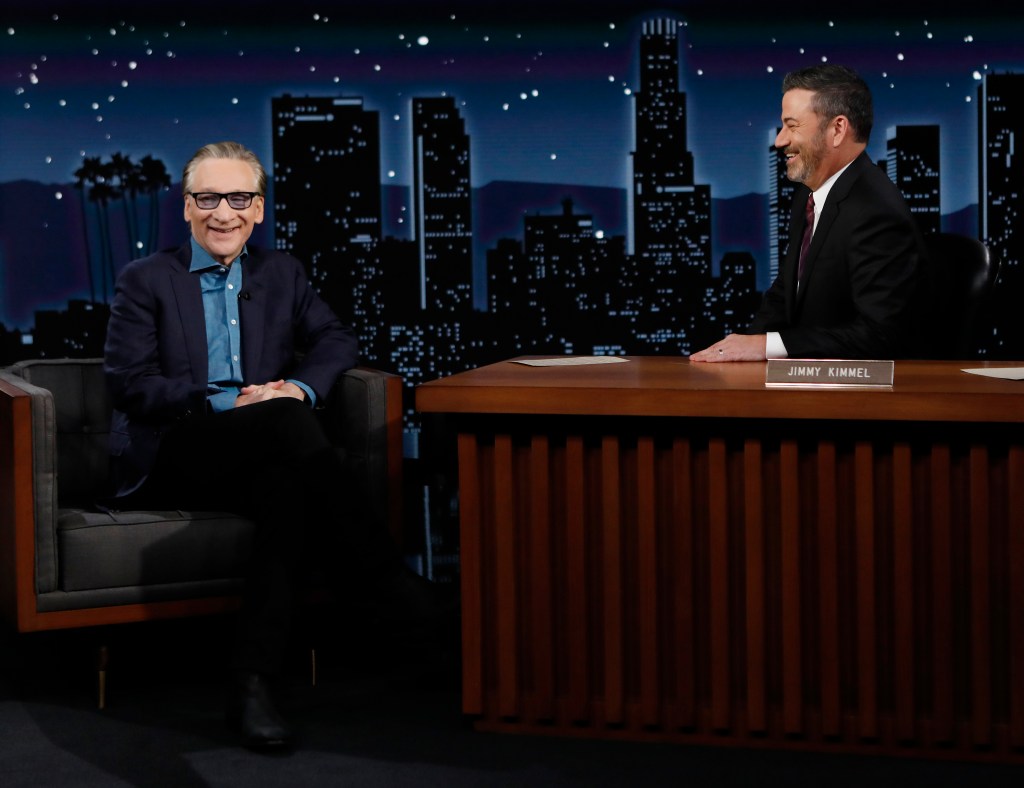 Bill Maher joined Jimmy Kimmel’s live show to give his thoughts about the midterm elections – urging Democrats and Republicans to come together despite their differences.

Maher was on the ABC late-night show, explaining a recent conversation he had, on his Club Random podcast, with noted right-winger Kid Rock.

“I like Kid Rock. I know we have nothing in common politically, but that’s the answer to America’s problems. We have to talk to people we don’t agree with… we have to talk to everybody. I’ve said it a million times you can hate Trump. You can’t hate everybody likes him. It’s half the country,” he said.

However, this doesn’t extend to conspiracy theorist and My Pillow founder Mike Lindell, who was pleading with the host of Real Time with Bill Maher to have him on his HBO show.

“Dream on nutcase,” he said. “Mike Lindell can’t come on Real Time because he’s a moron.”

Maher also campaigned for election day to become a national holiday and said that the country needs to figure out a way to calculate election results on election day – like Brazil.

“When the voting goes on for weeks and months… even if it’s days, it [enrages] people because we don’t trust each other anymore. We all hate each other. We’re at each other’s throats. We’re in this cold Civil War, so that would be a sensible solution,” he said.

Maher also took aim at Fox News as well as Josh Hawley, who he called “kind of JFK with a dash of KKK”.

While Maher was also complaining about the fact that Kimmel’s staff was wearing masks, Kimmel pushed back, saying that the real reason the production team is still masked up because it’s in their union contracts.