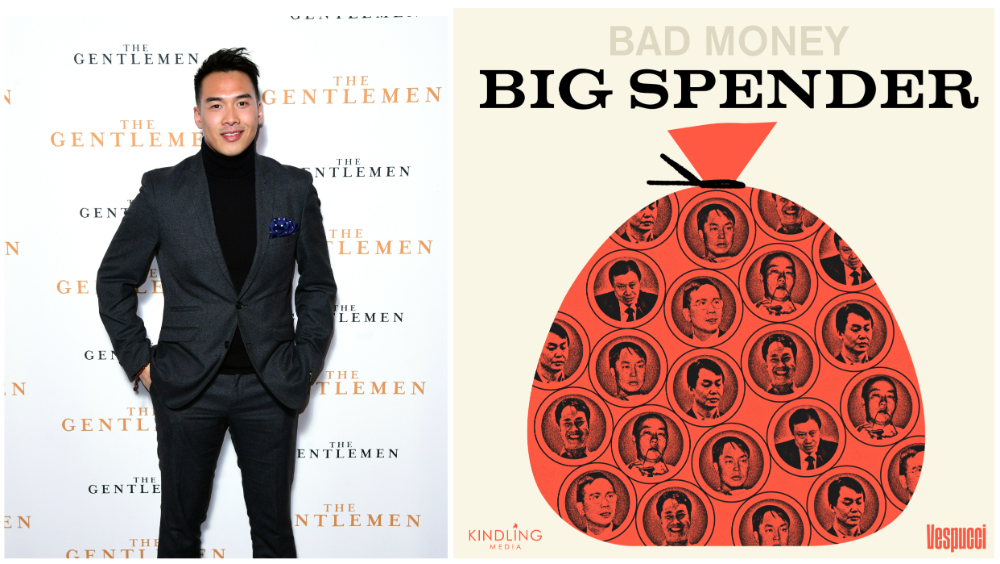 The actor is hosting Bad Money, a six-part series that charts the life of Big Spender, otherwise known as Cheung Tze-keung

Beginning with cash hauls and prison breaks, over the course of the podcast we hear how Big Spender’s heists gradually became more and more extreme, until eventually he committed a crime so big that it broke records around the world and attracted the wrath of the Chinese government.

He was convicted and sentenced to death in Guangzhou at the end of 1998.

The series explores what begins as a story about gangsters, fame and fortune, gradually evolves into an exploration of worsening relations between Hong Kong and China, and how Big Spender’s actions provoked a geopolitical crisis that would reshape Hong Kong’s history for good.

Wong is set to star in Dungeons & Dragons: Honor Among Thieves.

Bad Money is a co-production between Vespucci and Kindling Media. It’s produced by Meera Kumar, with story editing by Meara Sharma. The managing producer is Thomas Curry and executive producer are Matt Willis and for Kindling Media, Will Stolerman, Ruth Edwards, Rich Martell and Dan Murray-Serter.

Wong said, “This is a truly wild tale that embodies the bluster and bravado of ‘90s Hong Kong. Big Spender’s story is packed with drama, suspense and stranger-than-fiction surprises. I hope listener’s enjoy bingeing it as much as we’ve enjoyed making it.”