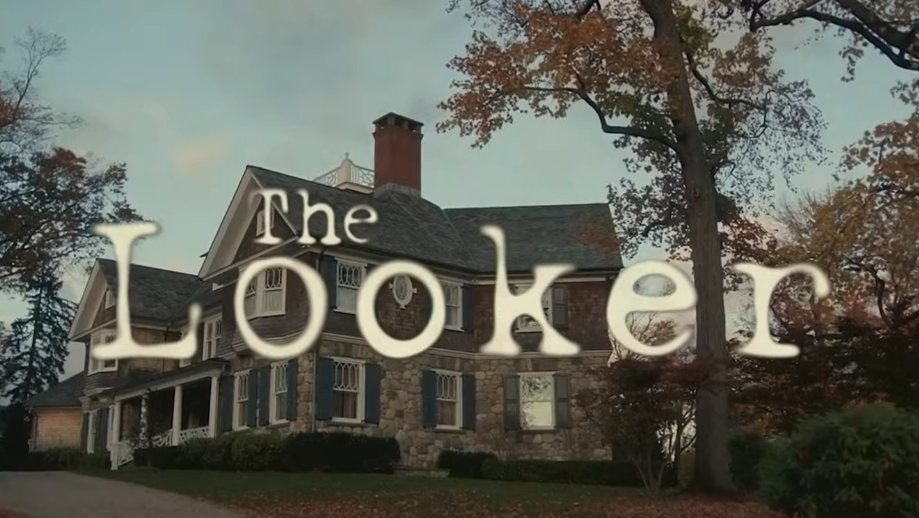 Tonight on Saturday Night Live, host Amy Schumer took part in a sketch parodying the popular mystery series The Watcher, which debuted on Netflix in October.

The sketch titled “The Looker” saw Schumer playing a suburban mom, with James Austin Johnson as her husband, and Marcello Hernández and Chloe Fineman taking on the roles of her children.

All is normal within the family home until Dad walks in with a “strange” letter he’s found slipped under the door.

“Dearest new neighbors at 322 Oakridge Boulevard, allow me to introduce myself,” the letter writer says in voiceover. “I’m The Looker, and I see everything you do.”

“Is this some kind of sick prank?” asks Schumer.

“I see you’re settling in nicely,” The Looker’s letter continues. “Your daughter likes to write in her diary about the boy who mows the lawn, and your son has been hard at work practicing his guitar.”

“Dad? This is creeping me out,” admits Hernández.

“As for your wife,” says The Looker, “after everyone’s asleep, she goes to the kitchen and eats an entire second dinner. She eats it like a greedy, panicked raccoon, afraid of getting caught.”

While Schumer’s character assures her family members that this isn’t the case, The Looker turns out to have more to say, telling Johnson’s character he hopes he’s been enjoying his morning jogs around the neighborhood. “I know your wife does,” says The Looker. “After you leave, she gets a snack, turns on the TV and pleasures herself to the Property Brothers.”

“But he knows about my jogs, Carol,” says Johnson.

“And my diary and David’s guitar!” says Fineman.

“I know!” deadpans Schumer. “That’s why it’s so weird that all my stuff is clearly made up.”

The Looker goes on to say that while the lives of Johnson and his loved ones may seem perfect, he’s quite sure they’re not. “Your poor wife seems to be having trouble in the bathroom,” the letter reads. “I see her in there, rocking back and forth, trying to make something happen. Giving herself little pep talks.

“She gets so frustrated,” The Looker continues, “she’ll go downstairs and blow off steam with more Property Brothers. Why is she so aroused by that show? Is it the brothers, or is it the property?”

Hernandez then points out that someone has downloaded “every episode” of Property Brothers to the family TV, with Fineman observing that only five minutes of each has been watched.

“What the frig?” says Schumer. “So this weirdo snuck into our house and messed with the TV? Ok, now I’m weirded out – officially.”

The Looker goes on to say that he today saw the kids practicing a TikTok dance, as well as Dad worrying about his hairline and mom on her exercise bike.

But The Looker’s sentence, read aloud by her husband, wasn’t finished. “She doesn’t even pedal,” writes The Looker judgmentally. “She just sits on the bike and looks at her phone. But she still ends up drenched in sweat, then goes back to the bathroom to do battle once again.”

Fineman tells her parents that they should contact the police about their stalker, with Dad saying that to be safe, the family should spend the night in a hotel. Schumer agrees that her family members should, but insists she stay home to look after the house.

The sketch then transitions to nighttime, as a half-nude (albeit blurred-out) Schumer spreads out on the couch while watching Property Brothers. “If you’re watching,” she tells The Looker, “it’s the property I’m into, not the brothers.”

Created by Ian Brennan and Ryan Murphy, The Watcher is based on a true story chronicled by Reeves Wiedeman in a 2018 article for New York magazine’s “The Cut.” The show starring Naomi Watts, Bobby Cannavale, Mia Farrow, Jennifer Coolidge and more watches as a married couple move into their dream home,  only to find themselves threatened by terrifying letters from a stalker who goes by The Watcher.

Schumer was joined for tonight’s episode of SNL by musical guest Steve Lacy. Watch the “Looker” sketch by clicking above.