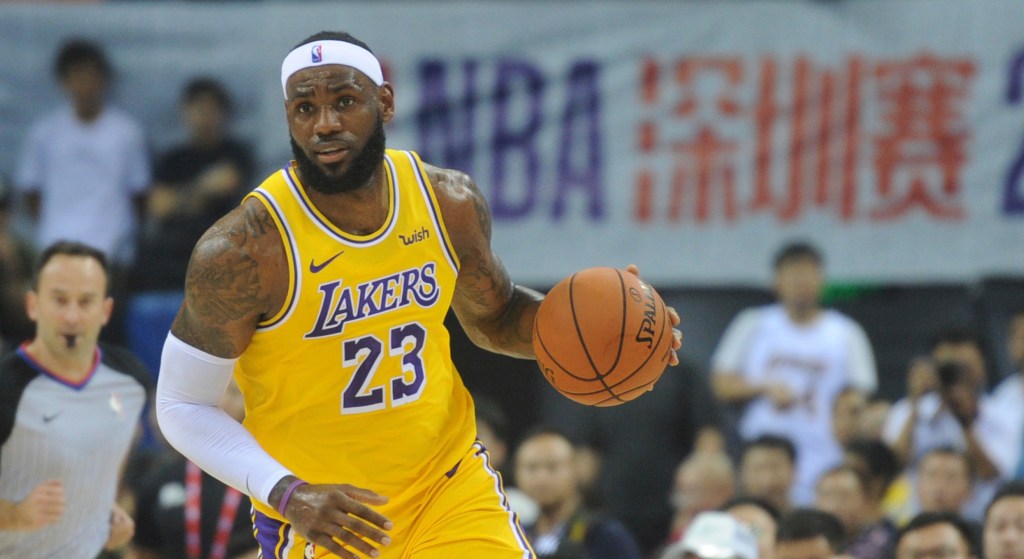 Every Lakers-Celtics game draws attention, but Friday night’s matchup in TD Garden was under an even bigger spotlight than usual.

For one thing, it was the first night back for the Lakers’ LeBron James after a 10-game absence due to injury.

For another, Celtics backup center Enis Kanter called the Lakers star out on game day for reported worker abuses at Nike factories in China. James has a lifetime contract with Nike and the shoe giant also recently bought a piece of the NBA legend’s SpringHill Company.

“Money over Morals for the ‘King,’ wrote Kanter on Twitter. “Sad & disgusting how these athletes pretend they care about social justice…They really do ‘shut up & dribble’ when Big Boss 🇨🇳 says so…Did you educate yourself about the slave labor that made your shoes or is that not part of your research?”

Money over Morals for the “King” 👑

Sad & disgusting how these athletes pretend they care about social justice

They really do “shut up & dribble” when Big Boss 🇨🇳 says so

Did you educate yourself about the slave labor that made your shoes or is that not part of your research? pic.twitter.com/YUA8rGYeoZ

“Shut up and dribble” is a reference to Laura Ingraham’s response in 2018 when James publicly criticized then-President Trump.

“Research” was a reference to the NBA superstar’s response when asked about the Covid vaccine. He said he got the shot because he’s done his research.

Kanter then wore game shoes tonight that featured a drawing of James bowing down as Chinese leader Xi Jinping placed a crown on his head.

Boston Celtics player Enes Kanter wore sneakers tonight — while playing against the Lakers — with LeBron James bowing down while China’s dictator puts a crown on his head. pic.twitter.com/E1L4ZyPWrF

Asked after the game about the shoes James said, “If you know me, I don’t really give too many people my energy. He’s definitely someone I wouldn’t give my energy to.”

The superstar said that Kanter was “trying to use my name to create an opportunity for himself,” before stating that he “definitely won’t comment too much on that.” James then said with a smile, “He’s always had a word or two to say [in] my direction. As men, if you got an issue with someone, come up to him…He had an opportunity [to do that] tonight. I seen him in the hallway, he walked right past me.”

James did not, however, address the questions Kanter raised about Nike and China.

The Washington Post published an exposé last year documenting what appeared to be forced labor conditions among Uigher workers at one Chinese factory that supplies the sneaker giant. Nike shoes are, of course, worn by most NBA players in every game, including James. Nike also supplies the league’s uniforms and provides its top stars with massively lucrative shoe contracts.

Kanter is a longtime critic of China, and James is not his only recent target. Earlier in the week, the Boston player went after President Biden for the U.S. leader’s video meeting with China’s Xi.

Late last month, less than a week after his team’s games were pulled from Tencent-run streaming platforms in China over Kanter’s criticism of the country’s treatment of Tibetans, the player upped the ante, calling out the country and Nike over treatment of ethnic minority Uigher workers in factories there.