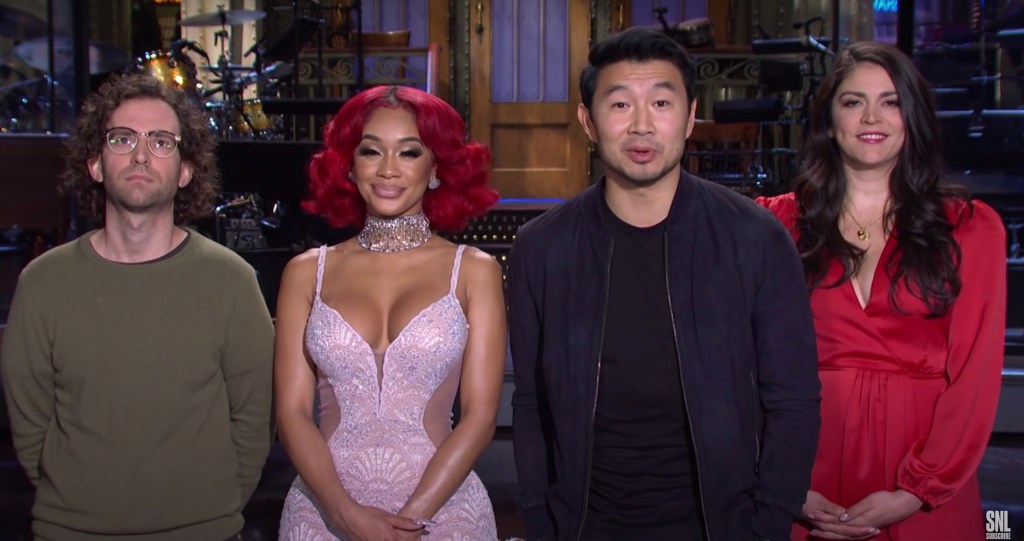 Simu Liu hosts Saturday Night Live this weekend, with musical guest Saweetie, who shares something of a moment with SNL cast member Kyle Mooney in the show’s latest promo.

In the comic bit, Mooney and Saweetie seem to have some secret past together that’s left Mooney a tad bitter. Check it out above.

Liu is the star of Marvel’s recently released Shang-Chi and the Legend of the Ten Rings, and before that appeared in the sitcom Kim’s Convenience, streaming on Netflix. Saweetie arrives on SNL ahead of her debut album Pretty Bitch Music, due next year.

Both Liu and Saweetie will be making their SNL debuts.