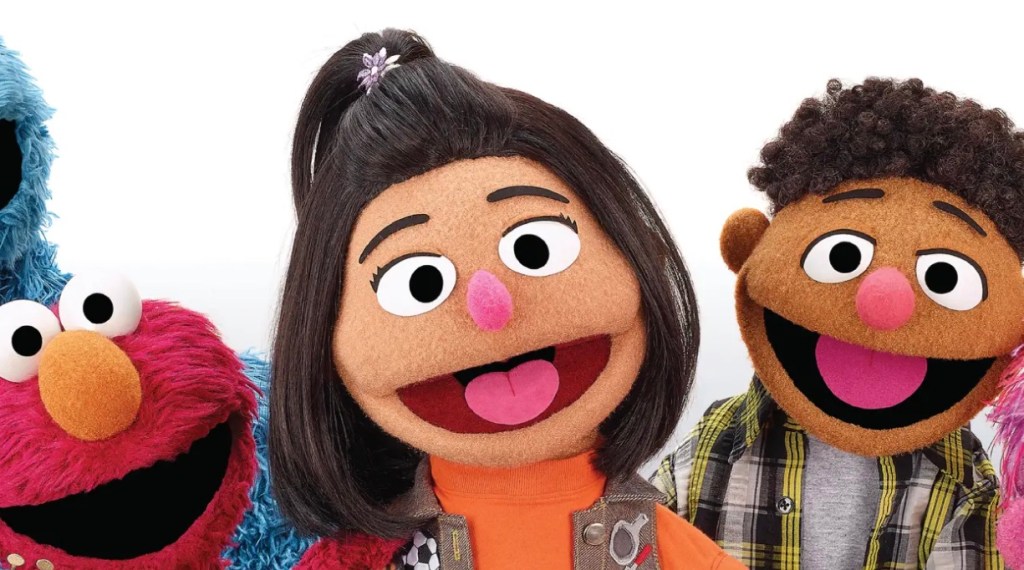 The new character is named Ji-Young and she’s described by the Workshop as “a spunky seven-year-old who loves to play her electric guitar and is always willing to play a song with her friends on Sesame Street.”

“Ji-Young also loves playing soccer and rolling along the street on her skateboard,” the description continues. “Ji-Young is extremely close with her family and is proud of her Korean heritage. She loves playing music with her grandma and cooking her favorite food – tteokboki. Her family eats dinner together at the kitchen table every night, chatting in both Korean and English.”

See Us Coming Together: A Sesame Street Special, part of Sesame Workshop’s ongoing racial justice initiative, will debut on Thursday, November 25 on such platforms as Cartoonito on HBO Max, PBS KIDS, and Sesame Street’s YouTube, Facebook, and Instagram channels.

Performed by Sesame Workshop puppeteer Kathleen Kim, the new character is designed to foster viewer discussion about anti-Asian racism. In an offscreen incident, another child tells Ji-Young to “go home.” According to the Workshop, after the incident, “Ji-Young seeks out trusted grown-ups and friends who unite to help her know that she’s exactly where she belongs.”

The Neighbor Day celebration culminates with a new original song, also entitled “See Us Coming Together,” led by Ji-Young and performed by the full cast.

“It’s a powerful thing when kids see people like themselves represented on screen and in stories – it supports them as they figure out who they are and who they want to be,” said Alan Muraoka, longtime Sesame Street cast member and co-director of See Us Coming Together. “We can’t wait for families to get to know Ji-Young – in this special and in future seasons of Sesame Street – and celebrate some of the Asian and Pacific Islander people in our neighborhood.”