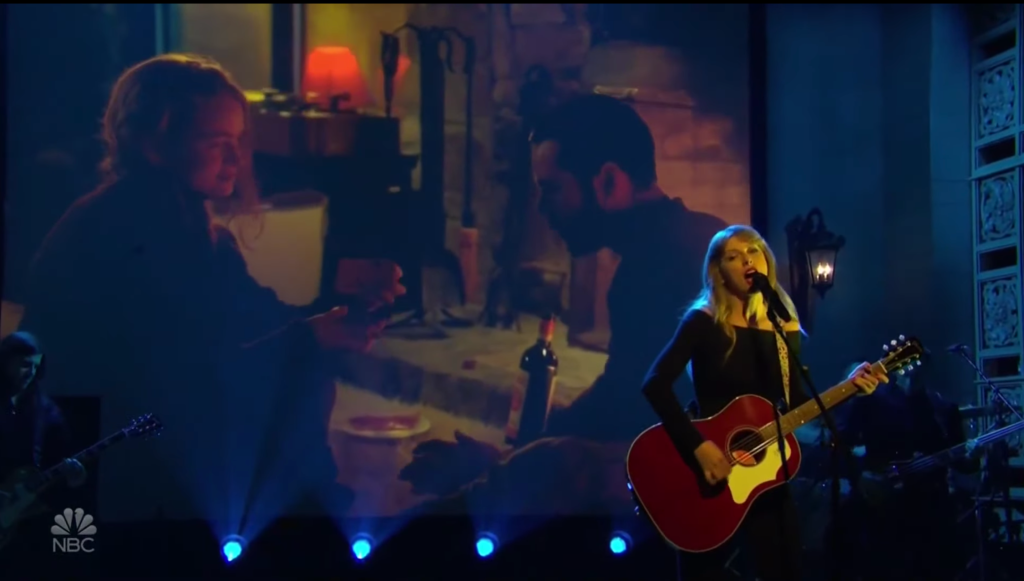 A day after Taylor Swift released All Too Well, a short film based on the new, 10-minute version of her song of the same name, the Grammy winner performed the song on Saturday Night Live. Breaking with convention, Swift did All Too Well as her only music performance of the night in her fifth stint as musical guest.

SNL musical guests traditionally deliver two performances, one before Weekend Update and one later in the show. Swift performed once for 10 minutes, with the short film starring Sadie Sink and Dylan O’Brien, which she wrote and directed, playing behind her.

Swift alluded at the stunt during her appearance on NBC’s The Tonight Show Starring Jimmy Fallon earlier this week, musing that instead of two songs she might do “one song that is the length of three songs.”

All Too Well, which instantly went viral, is an extended version of the song from Swift’s fourth studio album, Red, released in 2012. Like many of Swift’s songs, it tackles a breakup. (It is believed to have been inspired by Swift’s short-lived romance with Jake Gyllenhaal.)

As Colin Jost said at the top of Weekend Update, which followed Swift’s performance, “I think the lesson we all learned this week is never break up with Taylor Swift.”

Released yesterday, Taylor Swift’s Red (Taylor’s Version) broke a couple of Spotify records, including the record for the most-streamed album in a day by a female.