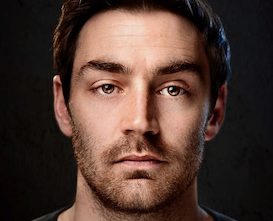 EXCLUSIVE: Domina and The Terror actor Matthew McNulty has joined Sky’s supernatural crime thriller The Rising. McNulty replaced actor Daniel Ings in pre-production with filming ongoing in the UK on the series.

Clara Rugaard, the Danish actress who starred in Netflix’s I Am Mother, leads cast on the series inspired by Belgian drama Hotel Beau Séjour. The eight-part series is the first Sky drama produced entirely in-house by Sky Studios.

We understand the series is likely to air next spring in the UK.

Rugaard stars as Neve Kelly, a woman who discovers she is dead. She’s scared and confused by this new existence. But, when she realizes she has been murdered, she’s furious. She’s determined to find her killer and get justice, believing that it was someone she knew.

Series was written by Pete McTighe (A Discovery of Witches) and Charlotte Wolf, alongside Charlene James (A Discovery of Witches), Roanne Bardsley (Free Rein), Gemma Hurley (Host), and Laura Grace (Das Boot). Industry director Ed Lilly is the lead director and associate producer on the series, which is executive produced by Serena Thompson for Sky Studios, Julian Stevens (The Fall), and McTighe. NBCUniversal Global Distribution will handle international sales.

McNulty is also known for Doctor Who, Deadwater Fell, Versailles and Misfits.