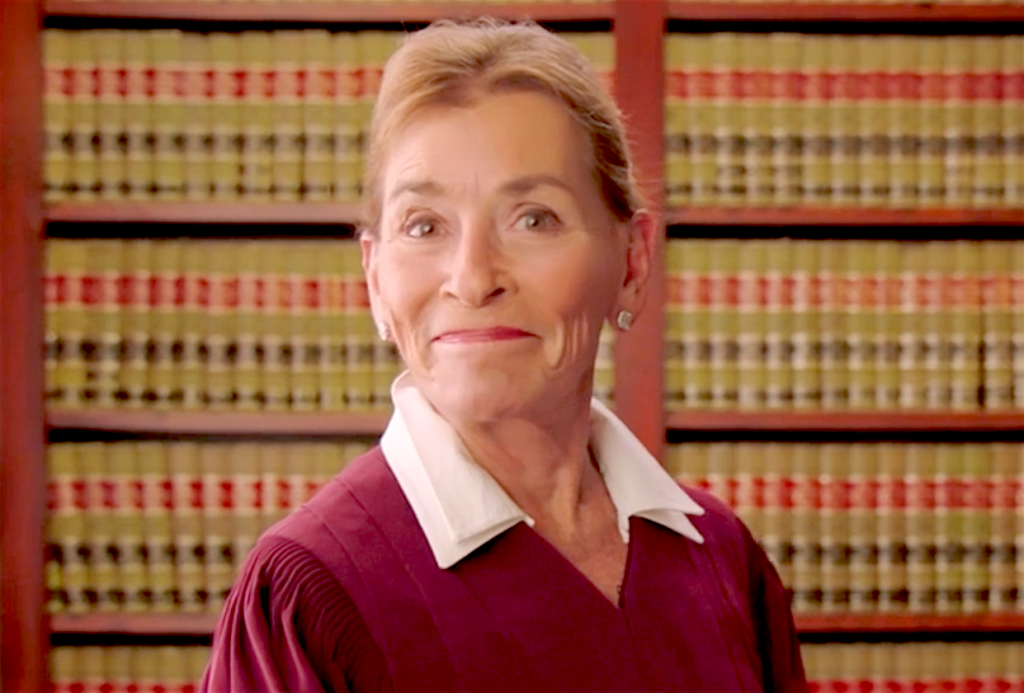 Judge Judy is still dispensing justice in reruns on daytime TV, but if you want new cases? You’ll have to head to IMDb TV, where the honorable Judith Sheindlin stars in a new courtroom show, Judy Justice, that made its streaming debut on Monday. (IMDb TV is a free-with-ads streaming service available through Amazon Prime Video, but you don’t need to be a Prime subscriber to watch. You can use the dedicated IMDb TV app through Roku or Amazon Fire.)

Despite the change in venue, Monday’s premiere of Judy Justice should be comfortingly familiar to Judge Judy fans: It’s your basic domestic dispute that we saw a hundred times a year on her original show. Christina the plaintiff is suing her ex Lorenzo — a little person who works in “micro wrestling” — for repayment of money she loaned him to get dental work done. Lorenzo is countersuing for assault after an ugly incident that left him “leaking blood.” The premiere covers just this one case, with Judy berating both plaintiff and defendant with withering insults. (“Maybe you can gather,” she tells them, “but I’m not loving either one of you.”)

The cases may be new, but everything else about Judy Justice feels the same. It’s shot the same way and structured the same way as Judge Judy, with former director/executive producer Randy Douhit and co-EP Amy Freisleben both returning here. There are a couple of small tweaks to the format, though: Damages can now be up to $10,000, double what they were on Judge Judy, and her judicial bench is now emblazoned with “Judge Judy Sheindlin” in big letters, in case you forgot who’s in charge. Plus, her robe is maroon now, not black! 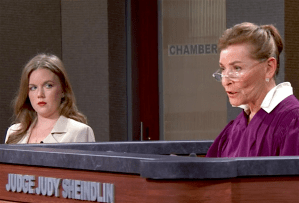 Judy is also joined by a new supporting cast: She has law clerk Sarah Rose (who’s also her granddaughter) and court reporter Whitney Kumar sitting to either side, along with new bailiff Kevin Rasco, who replaces Judy’s longtime TV companion Petri Hawkins Byrd. (In a recent interview, Byrd said he was never asked to return.) But they all stay silent until the final minute, when Judy very briefly reviews the highlights of the day’s case with Sarah. Basically, they’re just there so there are more people to giggle whenever Judy makes a funny quip.

Our final judgment: Judge Judy viewers should find plenty to love about Judy Justice, because it so closely follows the tried-and-true Judge Judy formula. Four episodes of Judy Justice are now streaming on IMDb TV, with more being added each weekday, and a total of 120 episodes have been ordered, so justice will continue to be served for a long time to come.

Now we want to hear your verdict: Give the Judy Justice premiere a grade in our poll, and hit the comments to tell us how it compares to Judge Judy.