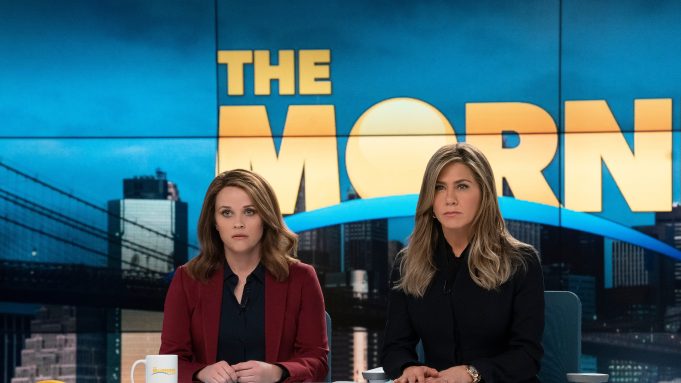 USA TODAY reports that in the show’s last episode, it seems the power hungry, abusive broadcaster Mitch Kessler drove his car off a cliff at the end of the episode. His friend and only ally Alex Levy (Jennifer Aniston), was devastated to hear that Mitch was gone. Aniston had strong feeling about the character’s departure, “It was so heartbreaking,” she says of Mitch’s exit. “It’s done so beautifully, and it’s very poetic, in a way. But that’s (Alex’s) only ally. That’s her only friend. That’s her one person she has in the world.”

To get away from all of the flack he’s dealing with after being labeled a sexual harasser, he travels to Italy in an attempt to dodge any consequences. Kessler and Levy reunite there, mainly so she can convince him to deny they ever slept together. While the meeting was initially icy, the character admits to missing their fun times together.

The moment is ruined when a news report on television states that Black women were the target of Mitch’s inappropriate behavior, which pissed off Alex. “Mitch, just because you didn’t mean to do it doesn’t make it OK,” Alex says.

In the final scene of the episode, as Mitch is driving he is suddenly blinded by headlights, and his car goes over the cliff. Instead of trying to steer himself from danger, he takes his hands off the wheel and closes his eyes.  He sees himself dancing with Alex, and the screen fades to black.

While painful, Aniston mentions that Mitch’s death is a catalyst for Alex’s deep self-reflection.

“It’s one of the many things that lead her to the brutal reality and facing who she is and who she refuses to actually be, because their last conversation is so poignant,” she says. “Basically, ‘I will do this for you in order for you to continue this façade of who you need so desperately to be. And yet you’re going to throw me to the wolves.’ So I think she has a real come to Jesus (moment) in terms of integrity and truth and who she is and who she really wants to be.”