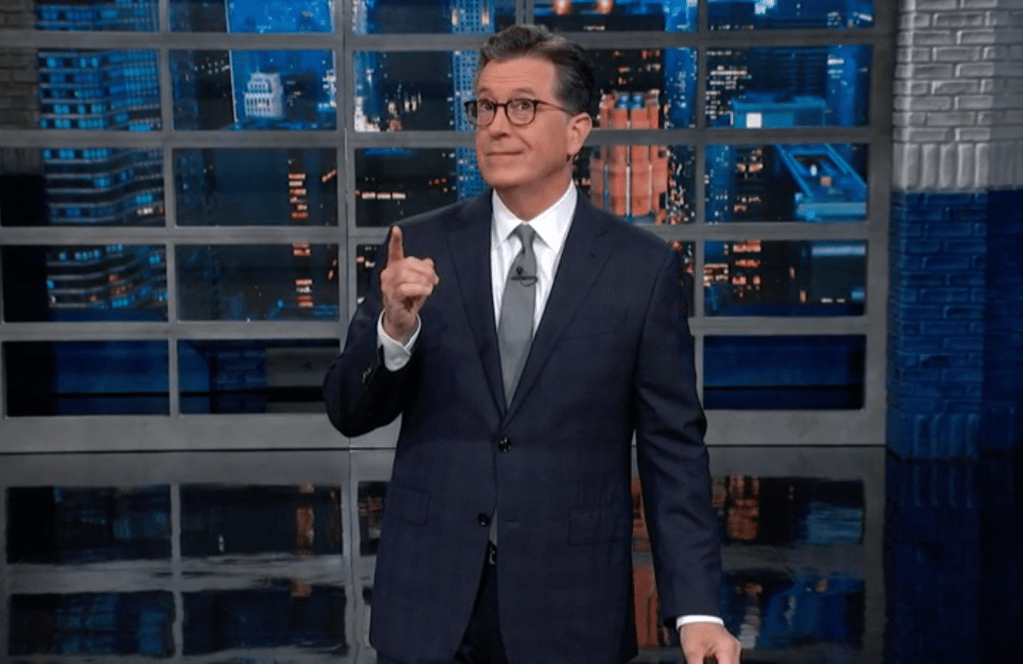 On tonight’s episode of CBS’ Late Show, Stephen Colbert discussed the UK as supermarkets have come are with an interesting way to reassure customers about missing items: by  filling empty produce sections and bare store shelves with pictures of items instead of the items themselves.

The late-night host keeps British baking shows in mind and ponders what they will use in place of food.

“Things have gotten so bad that the technical challenge on the great British baking show this week was papier-mache brownies.”

Then he shows the audience pictures of fruits and vegetables in crates where actual produce should be.

“If you eat it, your pee smells like cardboard.”

Now, Colbert has an idea of where the photos came from and it may or may not be a place you’ve heard of.

“Those non carrots were photographed at the supermarket in the real town called Fakenem. It’s a place right between on-the-nosington,  and We’re-screwedshire”

Eventually, supermarkets stopped using pictures of produce altogether, opting for a more generic look with just outlines of perishable products. Colbert takes it one step further suggesting a food crime scene to really get the point across that food is missing.

“Instead of outlines of generic products, it could be the chalk outline of food that was murdered back state side over the weekend.

Watch the video above for Stephen Colbert’s full opening monologue.