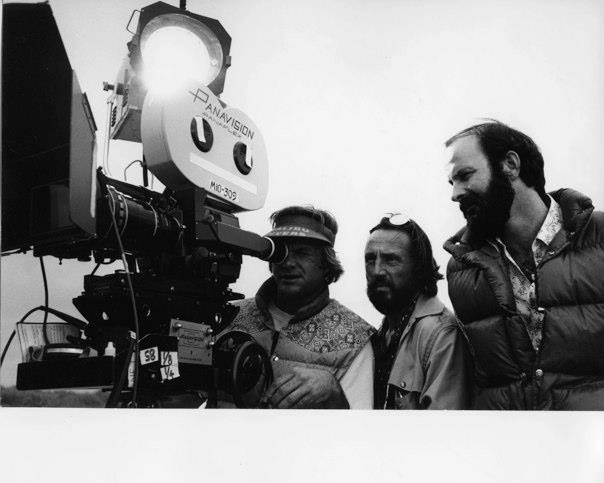 Cinematographer Halyna Hutchins’ death last Thursday on the set of Rust is the latest in a long list of camera crew members who have been killed on the job, making camera work far and away the most dangerous work in Hollywood, more deadly than even stunts.

In the last 10 years, four members of camera teams have been killed on the in the US – twice the number of stunt fatalities.

Camera crews work directly in front of the action, with nothing but their cameras between them and a speeding car, train or bullet. They’ve been killed in airplane and helicopter crashes; washed overboard and drowned in the ocean; struck and killed by a runaway stunt car; and crushed to death in a camera truck rollover.

The death of 27-year-old camera assistant Sarah Jones, who was killed on Feb.20, 2014 by a speeding freight train while filming a scene for Midnight Rider in Georgia, had been the industry’s highest-profile camera fatality in decades. Her death continued to make headlines for years with the conviction of Randall Miller, the abandoned film’s director, who spent a year in jail after pleading guilty to involuntary manslaughter. Her death even spawned a movement – called Safety for Sarah – that, to this day, strives to make film sets safer places to work.

The death of Hutchins, who was accidentally shot and killed by actor/producer Alec Baldwin on the New Mexico set of Rust, is once again shining a spotlight on the dangers of filmmaking, and the need for greater on-set safeguards for camera crews.

Other camera crew deaths in the US include:

• 2013: Cameraman Darren Rydstrom, and two others were killed in northern Los Angeles County when their helicopter crashed while filming of an untitled military-themed reality show for the Discovery Channel.
• 2011: Cameraman Greg Jacobsen was killed in a helicopter crash in Pennsylvania while shooting footage for G4’s Campus PD for the digital TV channel.
• 2006: Cameraman Roland Schlotzhauer was killed while filming a parade scene for the film The Final Season when the helicopter he was riding in hit a power line and crashed in an Iowa cornfield.
• 2005: Cinematographer Neal Fredericks was killed in a plane crash in the waters off the Florida Keys while filming CrossBones, a low-budget horror film. The film’s director, pilot and two other crew members managed to escape the wreckage, but Fredericks could not free himself and drowned. He’d previously rose to fame as the cinematographer on The Blair Witch Project.
• 1986: Assistant cameraman Bruce Ingram was killed and seven others were seriously injured while filming a car chase scene outside of Tucson, AZ, for the movie The Wraith. The accident happened when an overloaded camera car crashed on a mountainous road, sending bodies flying everywhere.
• 1981: Camera assistant Jack Tandberg was killed when he was struck by a driverless stunt car during filming of the TV movie The Five Of Me.
• 1980: Camera assistant Rodney Mitchell was killed and eight other Dukes Of Hazzard crew members were injured when a three-quarter-ton camera truck they were riding on flipped over while rehearsing a chase scene near Lake Sherwood, CA.
• 1980: Cameraman Robert Van Der Kar was killed in a helicopter crash in Hawaii while filming an episode of Magnum P.I.
• 1967: Cameraman Raffael John Esposito and actress Brenda Lee Meinsenheimer were killed making a Pontiac TV commercial in Thousand Oaks, CA when a camera boom suspended from an oncoming camera car crashed through the windshield of their car.
• 1965: Cameraman Robert King Baggot was killed while working on Disney’s Lieutenant Robin Crusoe, USN in Kauai when a huge wave hit his 16-foot boat and washed him overboard.
• 1935: Cameraman Charles Stumer and art director Harrison Wiley were killed while scouting locations for a film shoot near Agoura Hills, CA when their plane crashed into a tree. Universal Pictures officials announced that the film’s schedule “will not be interrupted by the tragedy.” Stumer was the famed cinematographer of The Mummy and Werewolf of London.
• 1930: Four Hollywood cameramen — George Eastman, Otto Jordan, Conrad Wells and Ben Frankel — were killed when their camera planes collided and fell into the sea off the Southern California coast while filming Such Men Are Dangerous. Six others, including the film’s director, were also killed. It remains the deadliest accident in Hollywood history.
• 1928: Cameraman Alvin Knechtel and pilot William Hauber were killed on the set of The Aviator when their plane crashed while scouting locations for a scene in which a forced landing was to be filmed later that day.

Numerous other members of camera teams have been killed all over the world.

• 2013: Canadian cameraman John Driftmier and his pilot were killed when their small plane crashed on a location shoot in Kenya for the Discovery Canada channel’s Dangerous Flights. He was the second Canadian cameraman to die in two years while filming reality TV shows.
• 2012: American cinematographer Mike deGruy and Australian TV writer-producer Andrew Wight were killed when their helicopter crashed and burned on takeoff in eastern Australia while filming James Cameron’s DeepSea Challenge.
• 2007: Cameraman Conway Wickliffe was killed while filming a car chase on the set of The Dark Knight in Surrey, England. Wickliffe had been hanging out the window of camera truck when it missed a turn and crashed into a tree.
• 1999: Focus puller Alain Dutarte was killed on the Paris set of Taxi 2 when a stunt car lost control and crashed into members of the film’s camera crew.
• 1989: Cameraman Gadi Danzig and four filmmakers were killed in the Philippines when their helicopter crashed during production of Delta Force II.
• 1982: Cinematographer Garry Hansen and two others were killed in a helicopter crash while filming a TV commercial in Australia.
• 1979: Cameraman Peter Gilfillian and three others, including director Gordon Parks Jr., were killed in a plane crash while filming Revenge in Kenya.
• 1970: Cameraman Skeets Kelly and three others were killed in a mid-air collision between a helicopter and a biplane during filming of Zepplin in Ireland.
• 1931: While shooting The Viking off the coast of Newfoundland, cameraman Alexander Penrod and 26 other film crew members were killed when dynamite used to break ice accidentally exploded and blew up their ship. It remains the world’s most deadly movie accident.