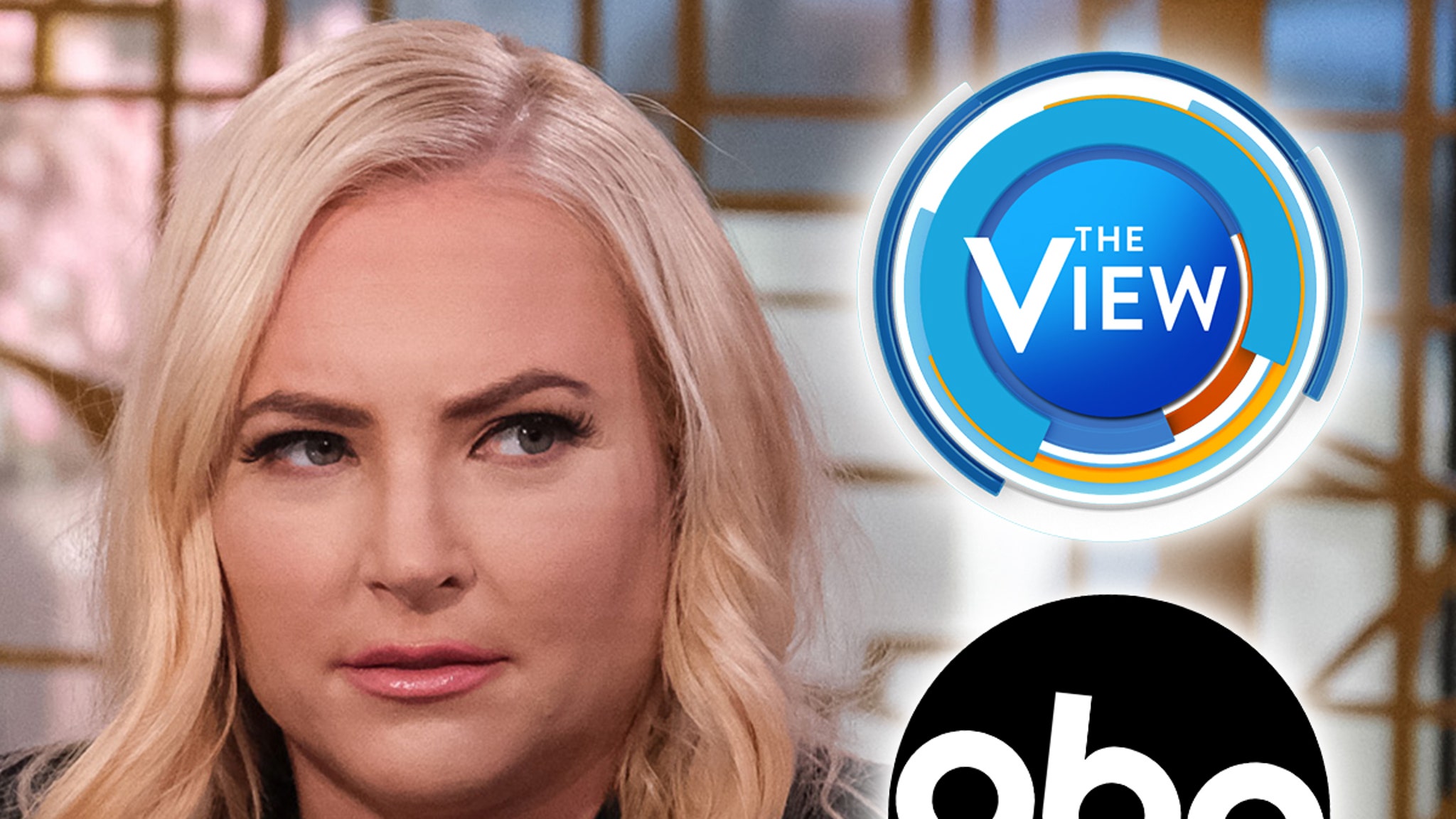 Meghan McCain is pissing off some of her old bosses with her scathing assessment of her tortured time on “The View” — because they believe it’s the exact opposite of how she’s framing things.

Sources close to the production tell TMZ … ABC honchos are furious about Meghan’s new memoir, and the subsequent interviews she’s recently done — characterizing “The View” as a toxic work environment, full of coworkers/cohosts who despised her.

“‘The View’ is billed as being honest and open…but the truth is that the environment of the show is toxic.”

Meghan McCain is telling all about her exit from #TheView in an excerpt from her new memoir, “Bad Republican.” https://t.co/HgYuvqFRxt pic.twitter.com/Yr2ijDnyiQ

We’re told there are many points of dissent — for instance, ABC execs say the notion Meghan left on her own volition is wrong, and ditto for her claim everybody except her was oozing toxicity.

Our sources tell us Meghan was essentially forced out of her role after an internal investigation into the environment she describes — which we’re told was, in fact, real … but mostly due to Meghan’s behavior on and off camera, not her coworkers’ — other way around.

Our sources say new ABC chief, Kim Godwin, did a thorough investigation — meeting with key stakeholders of the show, like talent and producers — and in the end, we’re told she found Meghan was the source of a lot of the in-fighting that ultimately played out on the show … something Godwin had to address head-on in an emergency Zoom meeting.

Those on-camera blow-ups are well-documented, and even though a lot of the hosts are often seen bickering … we’re told many at ABC feel Meghan was, more often than not, the instigator of these arguments — or she was the one who kept them going longer.

As for her departure … our sources didn’t have details on the negotiations behind the exit, but we’re told the bottom line is it wasn’t simply her decision after hitting a breaking point. The network was ready to move on too.

Of course, we’re told this was a long time coming … as many at ABC apparently felt the old boss, James Goldston, didn’t have the stones to give MM the boot earlier, because he allegedly feared a conservative backlash.

Now that Meghan’s gone … our sources say the mood on set is way better, and people at home can see it for themselves. The temperature in the room, we’re told, has lowered. Not just that, but the ratings are steady … with the show remaining #1 on daytime TV.

We’ve reached out to reps for ABC/”The View,” as well as Meghan, for comment … so far, no word back.