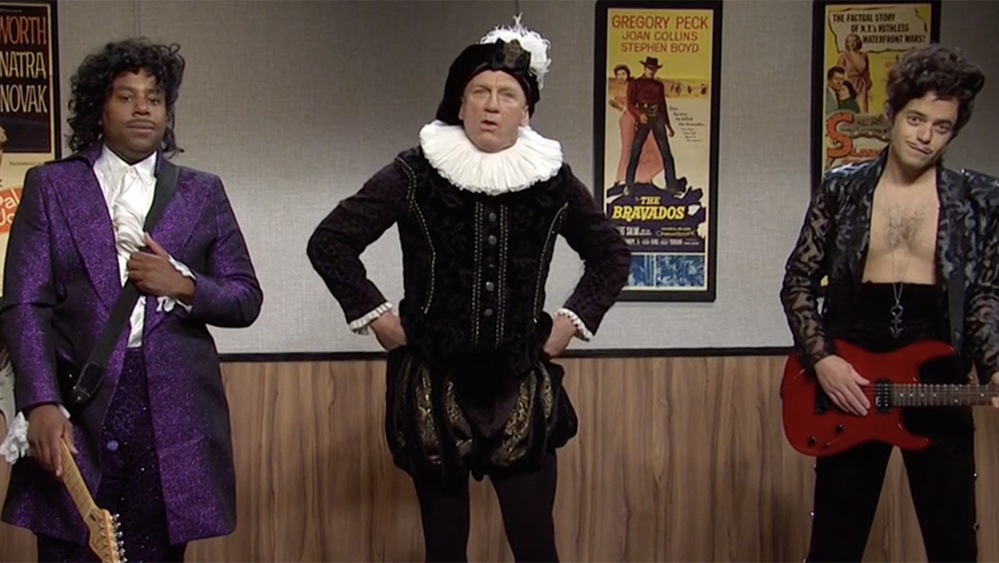 An audition for a fictional Jordan Peele biopic about music icon Prince saw a surprise guest on Saturday Night Live.

Chris Redd took on the Get Out director alongside casting directors played by Punkie Johnson and Ego Nwodim. After rounds of auditions, the two actors standing were Keenan Thompson and Rami Malek who, donning their best Prince garb, participated in a “Prince-off.” In the competition, they each performed the iconic guitar lick from Prince’s “Kiss” with different prompts.

Just before they make a decision, No Time To Die star Daniel Craig crashes the scene, dressed as a medieval prince – not the Prince.

“Is it too late to audition for the prince?” an exasperated Craig asks the panel. “It’s a horror movie. It’s about racism right? I’m here, I’m ready. Can I at least have a try?”

Thompson hands the action star his own guitar and Craig takes on the odd prompts – such as Prince kicking a dog, then missing the dog and getting bit by the canine.

The sketch ends with Thompson, Malek and Craig all perform the musical snippet together.

Malek made his SNL debut on Saturday. Young Thug served as musical guest.