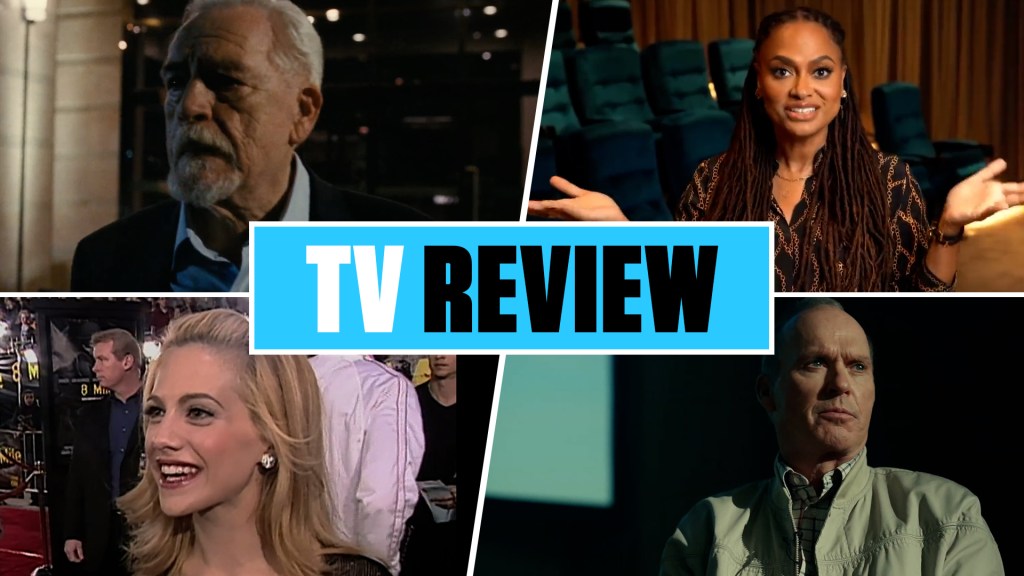 For the first time in its 128-year history, the International Alliance of Theatrical Stage Employees could go on strike this weekend and shut most of Hollywood down, unless the studios, networks and streamers agree to a new contract for below the line workers.

In that context of conflict, which show is the one you have to watch this week takes on a whole new implication. You can check out the candidates and the winner in the video above.

Debuting today on HBO Max, What Happened, Brittany Murphy? looks at the life and death of the 8 Mile star. Directed by A Chef’s Life vet Cynthia Hill, the two-part docuseries from the WarnerMedia streamer and Blumhouse TV turns a new lens on the circumstances and the end of the Clueless actress’ life at the age of 32 in 2009.

Premiering at the start of primetime tomorrow for NBC, Home Sweet Home takes 18 families of all different races, sexual orientations, blends status and wealth out of their comfort zone for a week. Created and executive produced by Ava DuVernay, the first unscripted series from the Emmy winner Oscar nominee is produced by Warner Bros. Unscripted Television in association with Warner Horizon and Array Filmworks.

Having launched with a trio of episodes on Hulu yesterday, Dopesick puts Purdue Pharma owners the Sackler family and other purveyors of the opioid epidemic under the narrative microscope. Starring Michael Keaton, Kaitlyn Dever, Rosario Dawson and Peter Sarsgaard, among others, the eight-part miniseries finds screenwriter and Empire co-creator Danny Strong returning to his Game Change and Recount roots.

Partially directed by Barry Levinson, the limited series unveiling the big profits and politics of the carnage of OxyContin is based on Beth Macy’s 2018 book Dopesick: Dealers, Doctors and the Drug Company that Addicted America. Dopesick is executive produced by Strong, Levinson, Keaton, John Goldwyn, Warren Littlefield via the Littlefield Company, Macy and Karen Rosenfelt.

After a long delay due to the coronavirus pandemic, the maniacal media moguls of Succession are finally back for a third season on HBO on October 17. Led by Brian Cox as ruthless patriarch Logan Roy, the Emmy wining Jesse Armstrong dramedy also stars Jeremy Strong, Sara Snook, Kieran Culkin and Alan Ruck as the scheming and sometimes hapless offspring. Nicholas Braun and Matthew Macfadyen play extended family members with the addition this season of Adrien Brody as a big bucks investor who may or may not be the answer to the Roys’ scale and spreadsheet problems and Sanaa Lathan as a super fixer attorney with solutions and situations of her own. Armstrong EPs with Adam McKay, Frank Rich, Kevin Messick, Jane Tranter, Mark Mylod, Tony Roche, Scott Ferguson, Jon Brown, Lucy Prebble, Will Tracy and Will Ferrell.

Which one of this varied group will be the one you have to watch? Watch my video review above to find out.