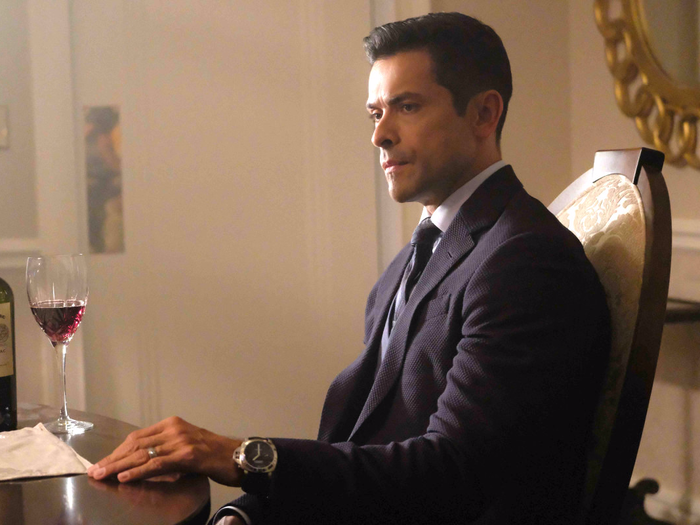 Hiram Lodge has left the building, and Mark Consuelos has departed Riverdale as a series regular, Deadline has learned.

Consuelos, who has starred as Veronica Lodge’s (Camila Mendes) conniving father since Season 2, made his final appearance as a series regular in tonight’s Season 5 finale, titled “Riverdale: RIP.” Riverdale creator, executive producer and showrunner Roberto Aguirre-Sacasa reflected on Consuelos’ time as Hiram in a statement shared with Deadline.

“So tonight’s episode is Mark’s swan song playing our hunky villain Hiram Lodge on Riverdale after four insane, glorious years. From the moment Mark joined us, he was up for literally anything, a hundred percent committed to making Archie’s life a living hell. And what’s funny is, Mark couldn’t be more different from Hiram. A classy pro and the sweetest guy, always looking out for everyone,” said Aguirre-Sacasa, “We wish Mark the best and hope this isn’t the last we’ve seen of Hiram Lodge.”

The actor made his grand exit during the Season 5 finale, which saw the likes of Archie (K.J. Apa), Veronica, Betty (Lili Reinhart) and Jughead (Cole Sprouse) come together with the rest of the Riverdale folk exile Hiram, ending his reign of terror – at least temporarily. Read our recap of the finale and a Q&A with Aguirre-Sacasa here.

“First and foremost, I would like to thank Roberto Aguirre-Sacasa for this incredible opportunity,” said Consuelos about his time on the series. “Never before has playing a character that was so bad, felt so good. Huge thanks to the Riverdale fandom, to the brilliant crew and amazing cast, whom I consider dear friends and family.”

The CW is series based on the characters from Archie Comics. Riverdale is produced by Warner Bros. Television and CBS Television Studios, in association with Berlanti Productions.