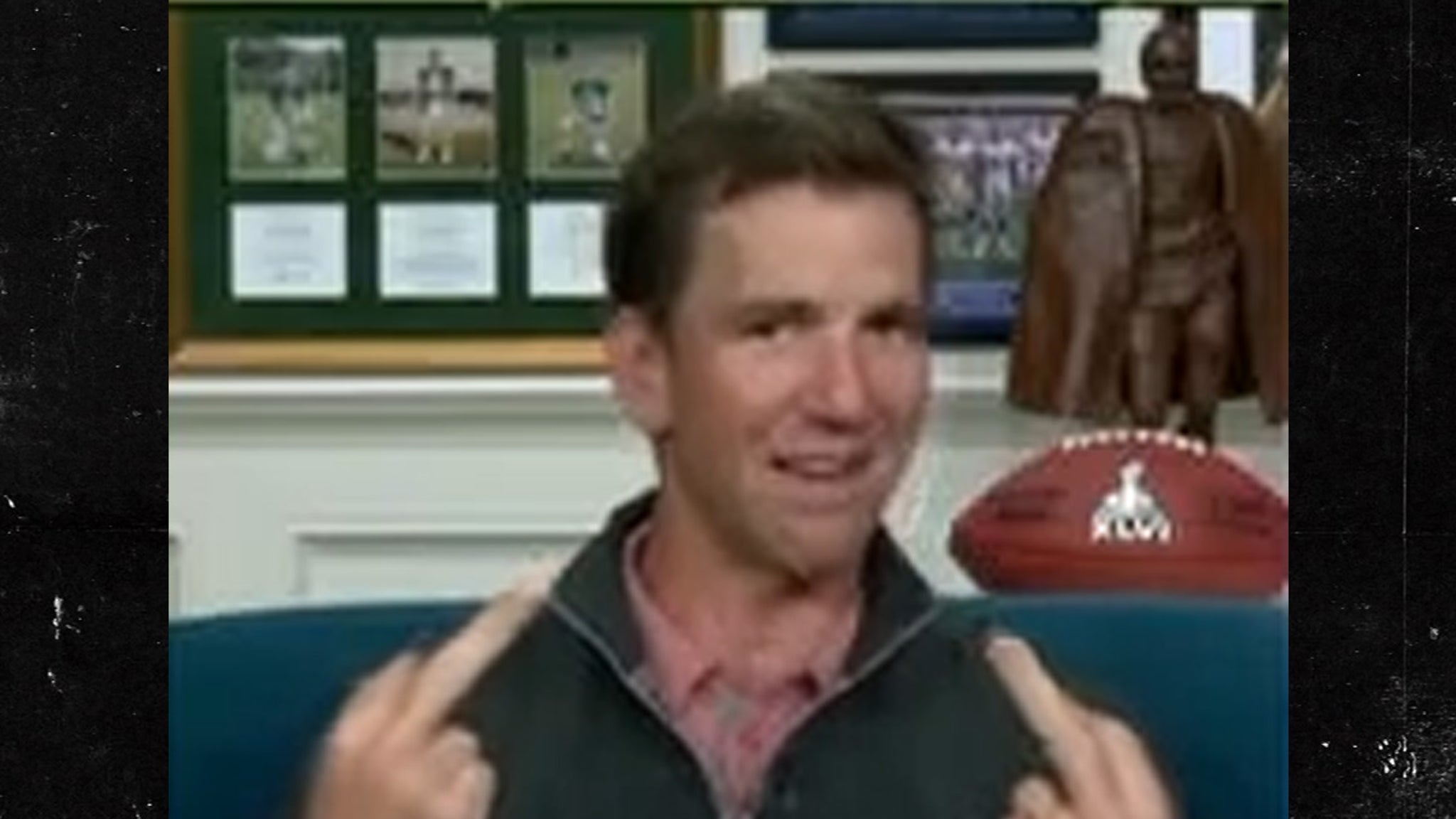 The hilarious moment went down on ESPN2 as the Giants legend was sharing his experiences going up against the Philadelphia Eagles … describing their fans as absolutely ruthless.

“You go to Philly, you’re getting the double bird right away from a 9-year-old kid,” Eli told Peyton and 4th quarter guest Chris Long.

ICYMI: Eli Manning flips the double bird during the #MNF Manningcast while telling an anecdote about how young Philadelphia Eagles fans used to give him the middle finger from each hand. pic.twitter.com/381LmnLHto

As it turns out, E, — no, you can’t do that and no, they couldn’t blur it out … but that didn’t stop him from holding up the gesture for a few solid moments.

Despite the hiccup, Eli continued his story like nothing happened … claiming fans would say things about his mom that he wouldn’t say over the air (apparently he limits himself to one FCC violation per game).

“They’re saying things about my mom and Peyton, I can’t even tell you what they said about my mom,” Eli added.

The Manning-cast has been a huge hit through 3 weeks … with guests like LeBron James, Russell Wilson, Gronk, and Charles Barkley joining the bros to talk football.

“I look at Pat and just give him the eyes ‘Yeah. We about to make some shit up here.”#Chiefs tight end Travis Kelce (@tkelce) letting it fly out here on ESPN. #ChiefsKingdom pic.twitter.com/q7d3Qw0DgD

Travis Kelce also flirted with more mature content when he was on during Week 1 … dropping an s-bomb.

No word on if the FCC will hand down any fines, but Eli ended up apologizing for the whole thing.

“Sorry, earlier I gave the double bird. I guess that’s frowned upon, so I apologize if I offended anybody. That’s just what a 9-year-old did to me and I thought I could do it back,” Eli said.

So … hopefully, all is forgiven??