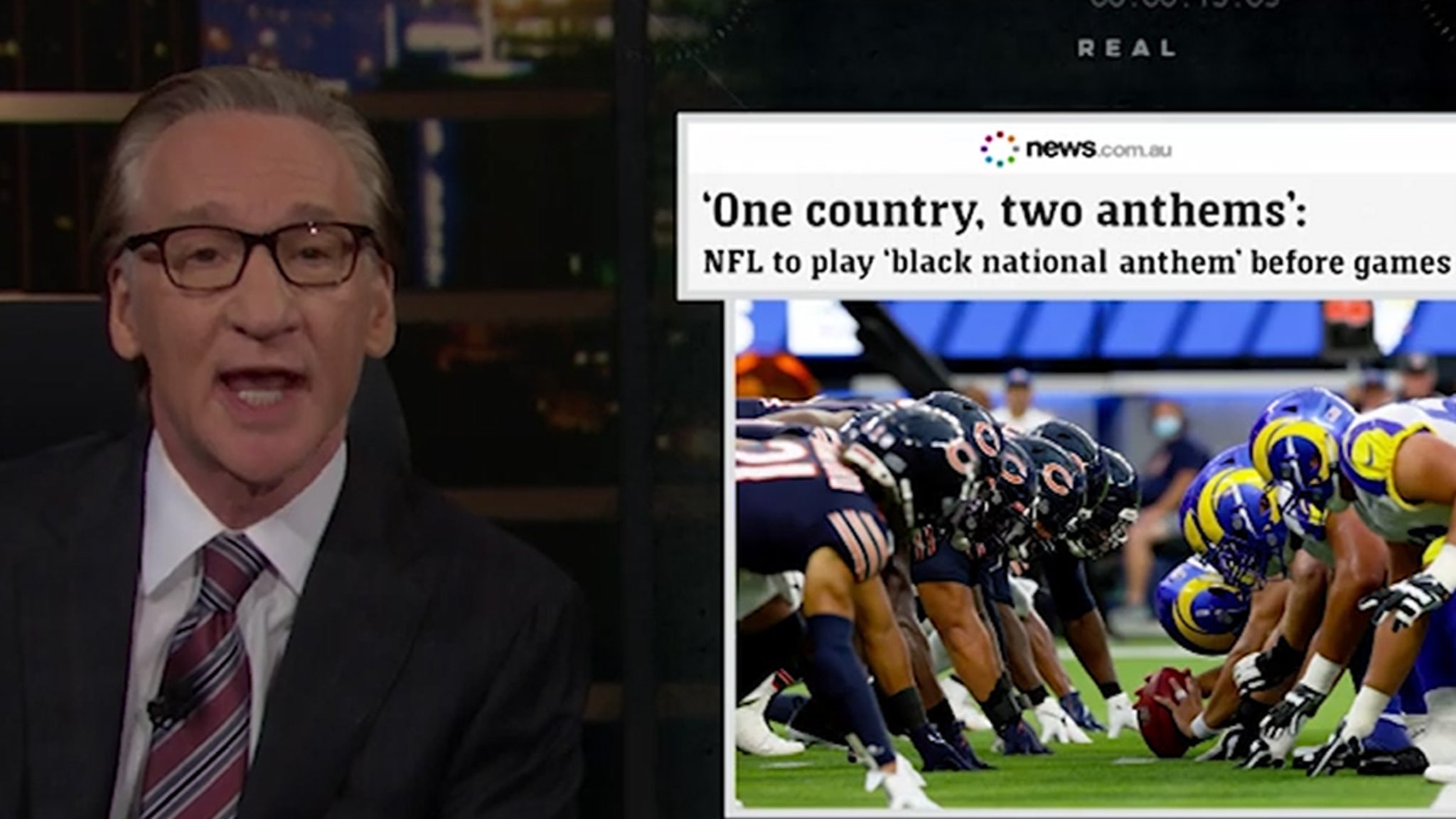 Bill Maher laid it all out Friday night … saying the United States is becoming a segregated nation again, and the latest evidence is the push for 2 National Anthems.

The ‘Real Time’ host blasted the NFL for playing “Lift Every Voice and Sing” — often called the Black National Anthem — in addition to the OG N.A. at football games.

Maher’s not against a new National Anthem — one that better reflects current times — but he’s flatly against more than one.

His argument goes like this … Martin Luther King Jr. and many others fought hard — even some losing their lives — to end segregation. The battle was won 67 years ago when the U.S. Supreme Court put an end to separate but equal, which at the time was considered a victory for human rights.

Not so anymore, Maher says, pointing to colleges which now offer segregated residences, segregated graduation ceremonies, and on and on.

He invokes the words of Barack Obama, who said, “There is not a Black America, and a white America, and Latino America, an Asian American, there’s a United States of America.”

His overarching point … diversity is a virtue that was celebrated until recently, and to cast that aside threatens the very fabric of America.

Something to talk about this weekend.