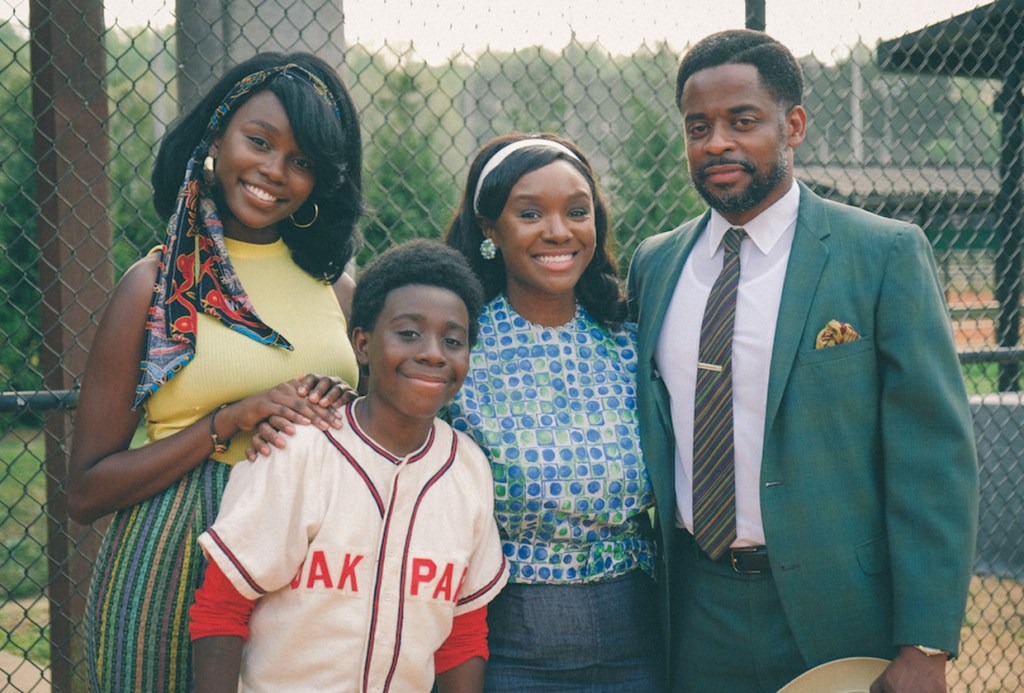 This new Wonder Years — premiering next Wednesday, Sept. 22 at 8:30/7:30c; I’ve seen the pilot — does have big shoes to fill: The original series was a TV trailblazer, dropping the laugh track and weaving in heartfelt dramatic moments in a way that few comedies attempted back then. The reboot switches things up by focusing on a Black family in Montgomery, Alabama, rather than a white family in generic suburbia, but otherwise hits many of the same notes, resulting in a solid, if maybe too safe, approximation of the original’s bittersweet stroll down memory lane.

The year is 1968, at the height of the civil rights struggle, and 12-year-old Dean (Elisha “EJ” Williams) is the youngest of three kids, still trying to find his place in the world. (Don Cheadle narrates as an adult Dean, offering a comical counterpoint to what we’re seeing, a la the original’s Daniel Stern.) Dulé Hill and Saycon Sengbloh play Dean’s stern but affectionate parents; his star athlete brother is overseas serving in Vietnam, and his sister Kim (Laura Kariuki) is a rebellious revolutionary, like the original — but she’s a budding Black Panther this time. 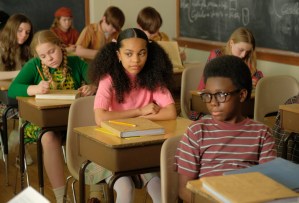 Switching to a Black family makes a lot of sense: It allows writer Saladin Patterson (Psych, The Bernie Mac Show) and executive producer Lee Daniels to put a spotlight on the racial turmoil in the 1960s that was reduced to just background noise in the original series. (I can’t remember: Was there ever even a Black character on The Wonder Years?) The pilot includes a few subtle nods to the racial divide: White kids don’t want to use the school’s water fountain after Dean and his Black friend use it, and Dean learns early on that even a routine traffic stop by the cops can be dangerous. But mostly, this Wonder Years steers well clear of addressing any complicated racial issues, content to just let them simmer quietly in the background. When Dean decides to set up an integrated Little League baseball game, for example, we’re expecting it to set off a powder keg of controversy — but instead, it goes off without a hitch.

The Wonder Years lives up to its legacy by cramming the soundtrack full of vintage hits. (And is that the exact same kitchen set-up the Arnolds had?) But the reboot is a bit more broadly comedic than the original series, in the current ABC sitcom mold. On the other hand, keeping the 1960s setting feels overly loyal to the original: Shouldn’t this be set in the 1990s or so? (Dean would be a senior citizen by now.) The pilot settles into familiar kid sitcom rhythms: Dean has a best friend, a bully, an excitable Jewish pal and a crush on a tough tomboy who borrows his comic books. Williams does a nice enough job as Dean, but it’s a tall order for him to match the instant star power that a young Fred Savage had as Kevin Arnold. 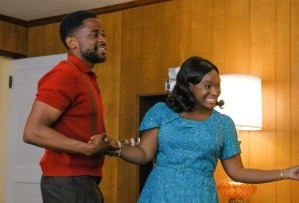 of a focus on the parents than the original did… which is understandable, because Hill is so good here as dad Bill. He’s a music professor, a funk musician and an all-around cool dude (in fact, “Be cool” is a constant refrain of his), and Hill makes him a warm, magnetic presence from the very first frames. Fans of the original series will be bracing themselves for a sharp dramatic turn late in the pilot, and indeed, there is one — two, actually. But they just don’t pack the same emotional wallop that the pilot’s twist did.

That seems to be the overall story with this version of The Wonder Years: a decent enough remake, but one that lacks the groundbreaking verve of the original and pulls its punches a bit. It’s hard to judge an entire series off of just one episode, of course, and this reboot does get a lot of things right. Let’s just hope it grows up enough to find its own voice as the years go by.

THE TVLINE BOTTOM LINE: ABC’s reboot of The Wonder Years plays it too safe at times, but does a solid job of replicating the original’s bittersweet nostalgia.