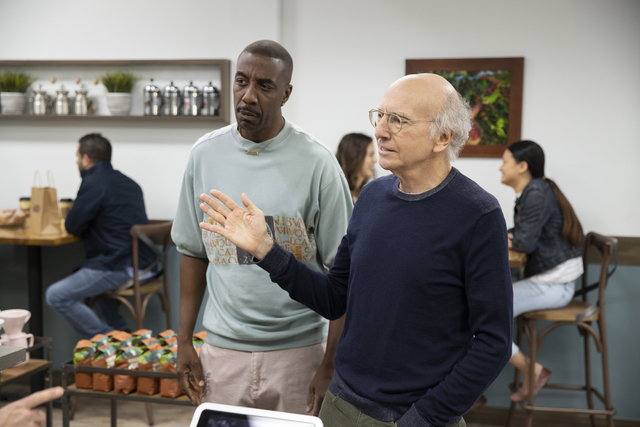 J.B. Smoove celebrated his Creative Emmy Award win for Outstanding Actor In a Short Form Comedy or Drama Series for Mapleworth Murders by teasing what’s ahead on HBO’s Curb Your Enthusiasm when it returns in Oct.

“What I can say is that it’s going to be another amazing season. Season 11 is something else,” Smoove, who portrays Leon Black in the hit comedy series, told Deadline at the Creative Emmy Awards on Sunday. “Where does Larry end this? I don’t know. When I first met Larry in season 6, I asked him when he was going to end this and he said he didn’t know. I do think that him taking those years off to shoot the movie and do the play, he came back with new energy. And, you know what? He’s having a ball. And as long as you’re having fun, it’s effortless. I think he’s having a blast right now. The cast is amazing. As the world keeps challenging him, he keeps making Curb as cringe-worthy as possible.”

As to whether or not the comedy series will tackle the pandemic, Smoove teased that there’s a possibility.

“I can’t tell you guys everything but what I can say is Larry is really good at attaching his humor to the world and that’s consistently what he has done since Curb has been on HBO. He’s a master at it. He has this thing he does where he attaches himself and his thoughts and his opinions to the beat of whatever is going on in the world. You gotta watch and see what Larry does. He’s a genius, he really is.”

Smoove confirmed that he has no plans to depart from the show, no matter how many seasons David chooses to write. He said matter of factly, “As long as Larry’s going, I’m going.”

Watch Smoove’s interview with the press in the video below.