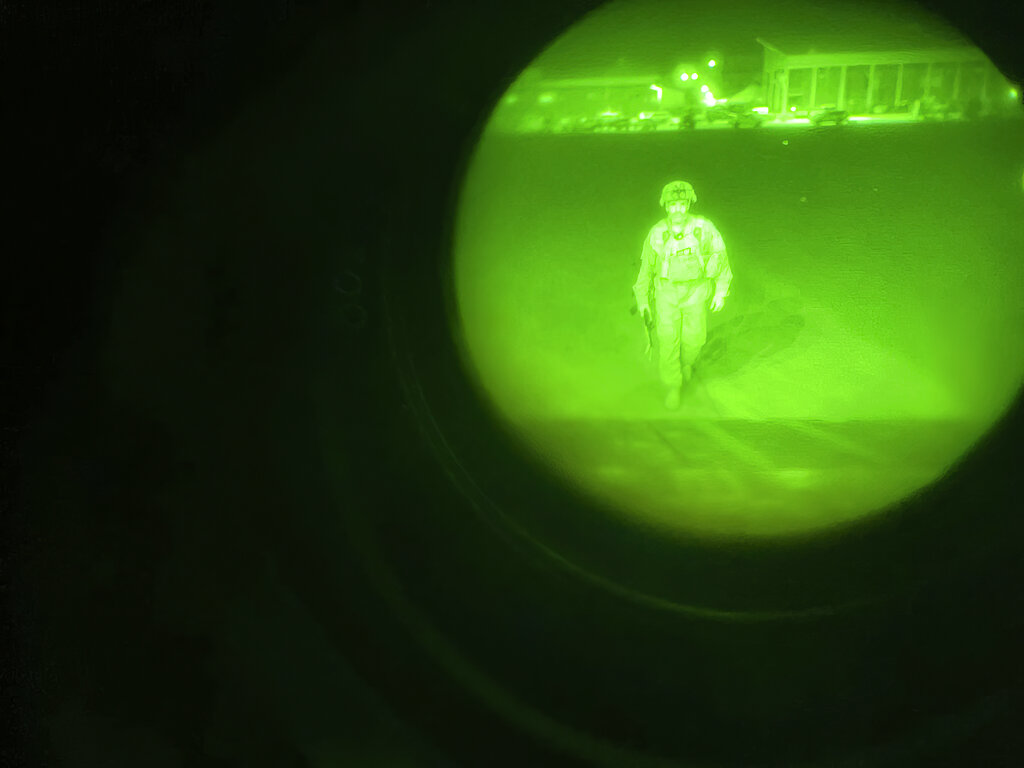 TV
Share on Facebook
Share on Twitter
Share on Pinterest
Share on LinkedIn
Months before the chaotic final weeks of the withdrawal from Kabul, CNN had started work on America’s Longest War: What Went Wrong in Afghanistan, debuting at 9 PM ET on Sunday and hosted by Jake Tapper, in which eight of the 11 commanding generals were interviewed and their remarks offer a candid assessment of the errors, false assumptions and misguided judgments over the past two decades.

Perhaps the most difficult question to these architects of U.S. strategy is: Was it worth it?

One of the more surprising answers comes from Karl Eikenberry, who served as commander of U.S. forces in Afghanistan and later as U.S.ambassador, who said that it was “not worth the cost.”

“That’s a shocking thing for a general to say,” said Tapper, who has been covering the war and authored the book The Outpost: An Untold Story of American Valor.

“That was a moment where I saw, ‘Wow,’ where I was shocked by the admission. He’s devoted a great deal of his life to the project in Afghanistan.”

America’s Longest War certainly poses many reasons for what went wrong, mistakes that were set in motion almost as soon as the U.S. toppled the Taliban after the post-9/11 invasion in 2001. There was the need for far greater resources, exacerbated by the Bush administration’s pivoted to Iraq, consuming the White House and Pentagon’s time, attention and even awareness.

The documentary cites from a 2002 memo from Donald Rumsfeld in which he asked Bush if he wanted to meet with Army Lt. General Dan McNeill. “He said, ‘Who is General McNeill?’ I said he is the general in charge of Afghanistan. He said, ‘Well, I don’t need to meet with him.’”

As it turned out, McNeill was one of the most candid of the commanders in talking about the ultimate failures in Afghanistan, Tapper said. “I thought they all were pretty candid, but General McNeill was obviously, in many ways having a difficult time with it all, with what was happening.

“He was the first general there. It is important to acknowledge and understand that the American experiment to stay in Afghanistan after the defeat of the Taliban and al Qaeda was rooted in self interest, yes, the desire to not have Afghanistan become another haven for terrorists who could attack us. But also there was a desire to have the Afghan people build a thriving society for themselves, and you see a lot of those emotions today when you see the veterans community reaching out and try to save Afghan interpreters and others with whom they worked, trying to get them back to the United States.”

Given the ultimate outcome, Tapper asks McNeill what he would tell Gold Star families. “For what I failed to do I am sorry,” he says. “I did the best I could.”

Some of the architects of the war strategy talk of the shifting goals that went from defeat of the Taliban and al Qaeda, to nation building, to preserving the status quo amid a long stalemate. President Barack Obama’s surge, unveiled in 2009, was meant to be a pathway for eventual withdrawal, with a counter insurgency strategy that had mixed results, and some suggest that the killing of Osama bin Laden in 2011 should have been a jumping off point. Instead, the war continued on for nine more years.

Meanwhile, the mission seemed to fade in and out of the public consciousness, which in and of itself may have had an impact on the war lasting as long as it did.

“This is one of the problems with having a military serve and sacrifice for the other 99% of us,” Tapper said. “…Nothing was asked of the 99% of us. Nothing. No national service. No hold a welcome home party for a veteran that just returned to your neighborhood. Nothing. It’s why General [Stanley] McChrystal — I am not saying I agree with him — but it is why General McChrystal goes so far to say that he thinks there needs to be a draft, just so that the entire country is engaged in these wars, and that they are not just born by 1%.”

Some commanders also pin blame on the inability to ultimately win the trust of large segments of the Afghan people, and a failure to understand how even a well intentioned occupying power is viewed. As the U.S. pursued a counter insurgency strategy, McChrystal talks of how, when they would a compound to get an insurgent, they would be met by residents bearing weapons. Yet McChrystal acknowledges that such a situation didn’t necessarily mean that they were trying to harbor insurgents, but a reasonable response of merely protecting their homes and families. “In retrospect, that is something he wishes the U.S. had done less of, which is a pretty remarkable thing a special ops guy to say,” Tapper said.

Tapper said that he was planning to go to Afghanistan for a return visit to cover the withdrawal, but that changed when the Ashraf Ghani government collapsed and the Taliban regained control of the country last month.

One of the lingering questions is why, after billions of U.S. investment and years of training, the Afghan army quickly collapsed. As is pointed out, commanders at certain points, along with top U.S. leaders, presented a more optimistic view of progress publicly when the reality was much more pessimistic.

“It’s tough to argue that a lot of the arguments about the strength of the Afghan military held up,” Tapper said. “That said, I think there are questions as to whether it is the job of a general to project optimism and a ‘can do’ spirit. There are a lot of individuals who would say, ‘Yes,’ that it’s important for generals send a message not just to the American public but to their own service members that they are making progress. But I have a real question about the incentive structure in the military. …If you are a major and you are assigned to a group of Afghan army soldiers who can’t read, can’t write, don’t know how to count, and ultimately believe in the Afghan government, and you tell your lieutenant colonel or your colonel I can’t train these people, you’re not going to get promoted and you’re not going to get a medal. But if you tell them, well we made progress and we are in a much better place than when we took over, you will be promoted and you will get a medal.”

The CNN project notes that it was President Donald Trump’s administration that forged the agreement with the Taliban, setting the stage for the U.S. exit, yet that pact is criticized as two sided, as being forged without enough input from the existing Afghan government.

The withdrawal may end up being a defining moment of President Joe Biden’s tenure — both for the decision itself and the way that it was carried out. McChrystal said that he “didn’t agree with it but there was a courage to it.”

And on Sunday, Biden again defended the withdrawal, telling reporters that a majority of the public supported getting out. Although Biden acknowledged that the public didn’t like the way that the withdrawal transpired, but he suggested that it was “hard to explain to anybody how else could you get out.”

“The Biden argument is that withdrawals are always ugly and inevitable,” Tapper said. “I think that it is hard to argue that when you still have hundreds of American citizens and legal permanent residents stuck inside the country and thousands of Afghan applicants for the special immigrant visa, who have been trying to get out, in some cases, for years, with a very slow bureaucratic process that was designed to be slow and slowed down even more by the Trump administration. It’s hard to argue that this was planned efficiently.”

Some of the commanders said that, in the war’s aftermath, there should be a reassessment of U.S. involvement in foreign conflicts.

Tapper said that he is “not particularly optimistic” that such a period of reckoning will happen. “We don’t do a service to our soldiers, our veterans, their families and to whatever population exists in whatever our next war is, if we forget these things. We do them a disservice if we forget these lessons. And one of the lessons I think is important is humility. What can we achieve? What’s achievable?”

Tapper said he does have an answer for veterans and Gold Star families who wonder whether the longest war was “all for nothing.”

“The best thing I can say to them is that the selflessness of either their own lost loved ones, or their own selflessness, exists unto itself, that nobody enlists in the military thinking that presidents and generals are infallible and always make the right decisions, that people serve their country because they believe in the values of this country,” he said. “And that selflessness doesn’t change whether an individual mission or a larger military effort goes wrong.”