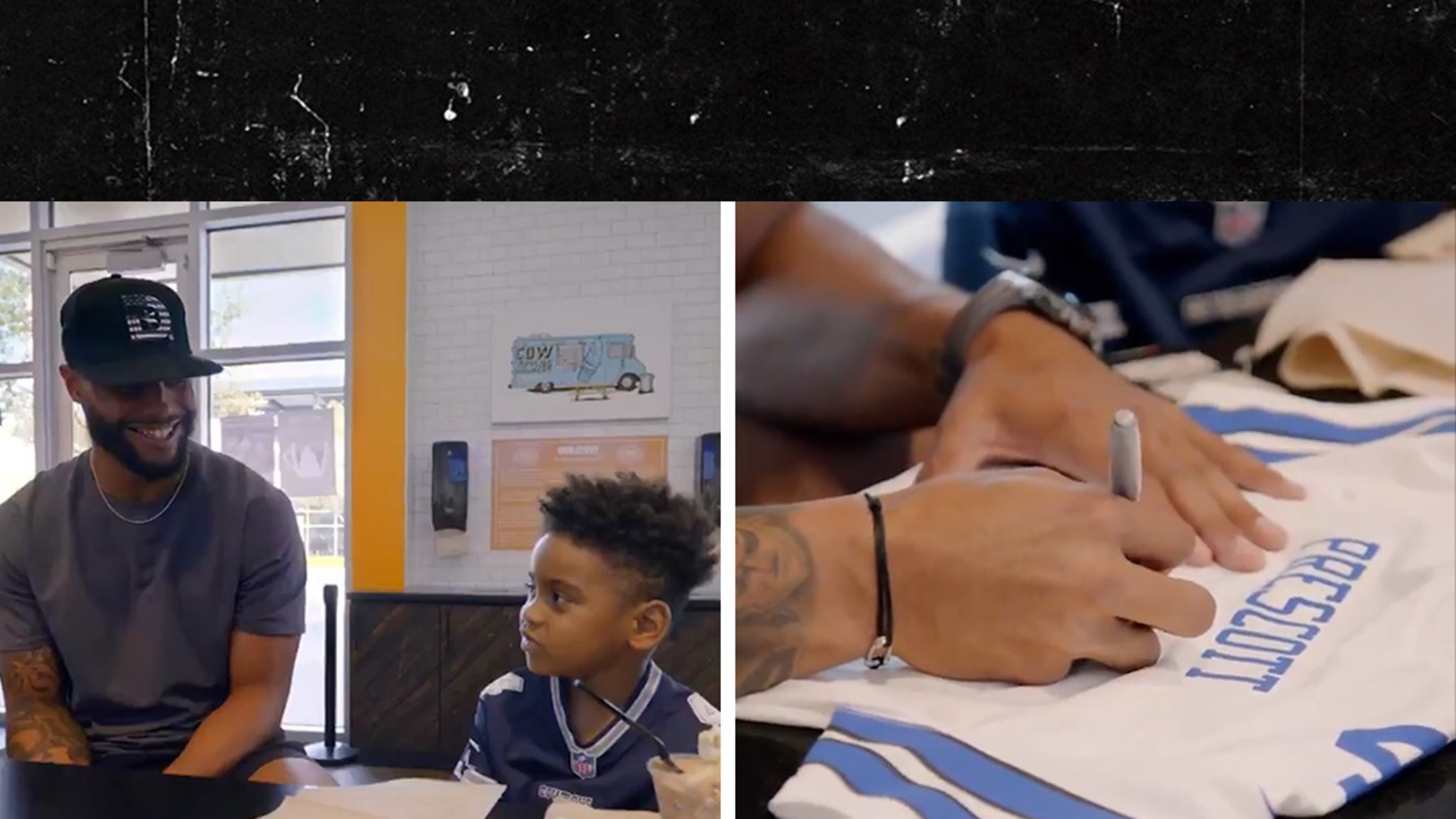 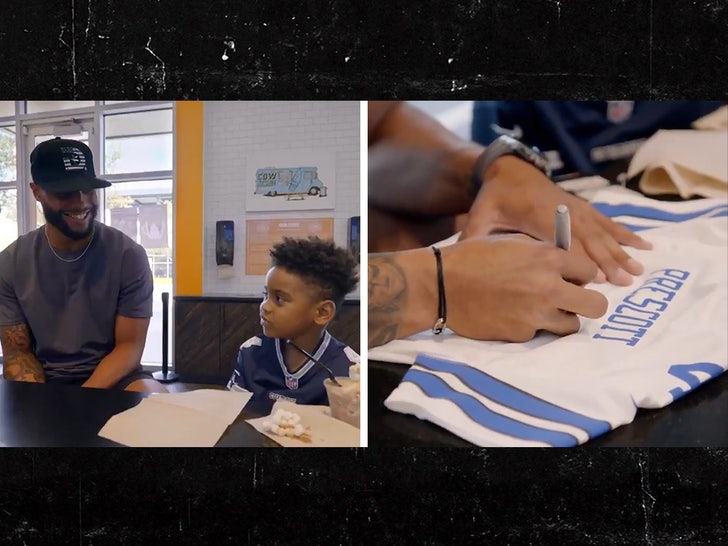 The whole interaction was absolutely adorable … and thankfully, it was captured on the finale of HBO’s “Hard Knocks” Tuesday night.

4-year-old Aaiden — who refers to Dak as his “favorite quarterback in my whole entire world” — was wearing a #4 jersey at an ice cream shop with his pops when none other than Prescott walks in the door.

And, Aaiden’s reaction is incredible.

Aaiden Diggs finally got to meet @Dak, but he was still a little confused. 😂@DallasCowboys | #HardKnocks pic.twitter.com/6G6LnImJXv

“So, you’re Patrick Mahomes??” he asked.

Dak played it off like a champ — saying, “You think I’m Patrick Mahomes still?? Whose jersey is this??” he said as the whole room cracked up.

Aaiden then corrected himself … and then said, “Good to see you.”

Despite the confusion, Dak still hooked Aaiden up with some awesome keepsakes … including 2(!!) jerseys — one to wear and one to frame.

The best part — Dak played along with Aaiden … signing one of the jerseys as, “Not Patrick Mahomes” to prevent further mistaken identity!!

Of course, this isn’t the first time Aaiden’s made the mix-up … in a previous episode, he thought his #4 jersey was actually a nod to Mahomes (also adorable).

Get this kid his own TV show … we could watch HOURS of this kinda content.