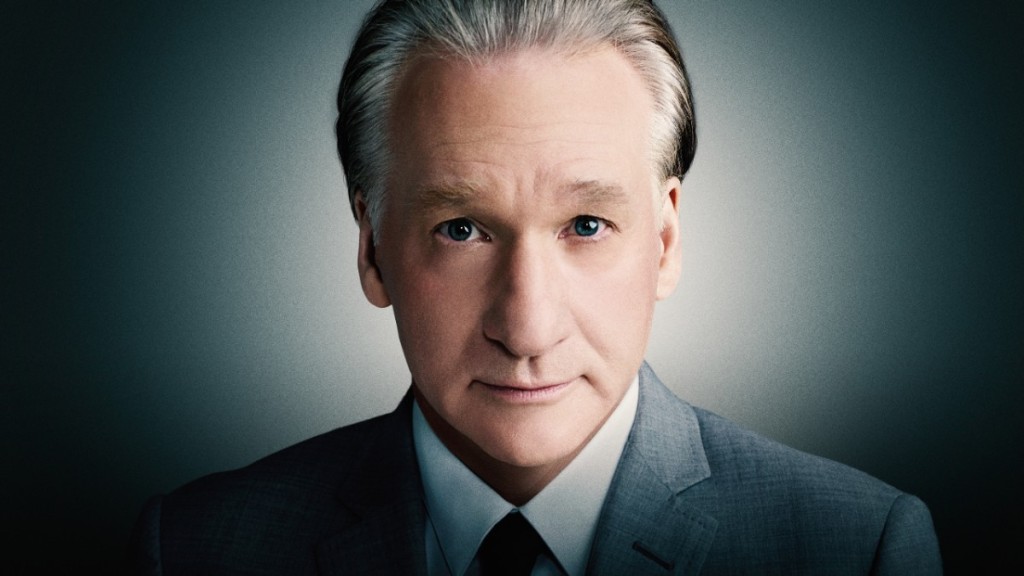 Bill Maher donned a checked weatherman’s sport jacket for a moment tonight – actually – to stand in front of a simple map of fire and floods and make a simple request — “Just build pipelines from where the water is to where the water isn’t.”

The NYC subway, “That’s not how it’s supposed to look,” he said of the short viral video that looks like a bubbling platform of Niagara Falls. It was whipped up during hours of record rainfall in the Northeast last week that submerged cars, highways and homes and resulted in at least 50 deaths. “Our new normal is never-ending, life-threating wildfires and drought in the West, and in the East, the opposite,” Maher warned.

“Before we spread democracy around the world, America has to figure out how to spread water around America. We don’t know if Afghanistan ever wanted democracy. But I’ve been to Burbank, I know they drink water. But for how much longer?”

“I’m no civil engineer, but if we can extract oil from tar sand two miles beneath the frozen surface of Canada and pipe it to Louisiana, why not water? Water is a lot easier to get than oil. I’ve heard there are places where it literally falls from the sky.”

China has a water pipeline. The ancient Romans did too, with first century technology and some of the aqueducts are still in use. “In America we don’t even start. Because we know. Why would it be any different than any other ambitious project that just turns out to be a money grab?”

He also noted that Israel gets most of its water from the ocean using desalinization. “Why can’t we?”

“Seventy-eight million people live in the West. What do we do in the not-so-distant future when they are all water refugees?”