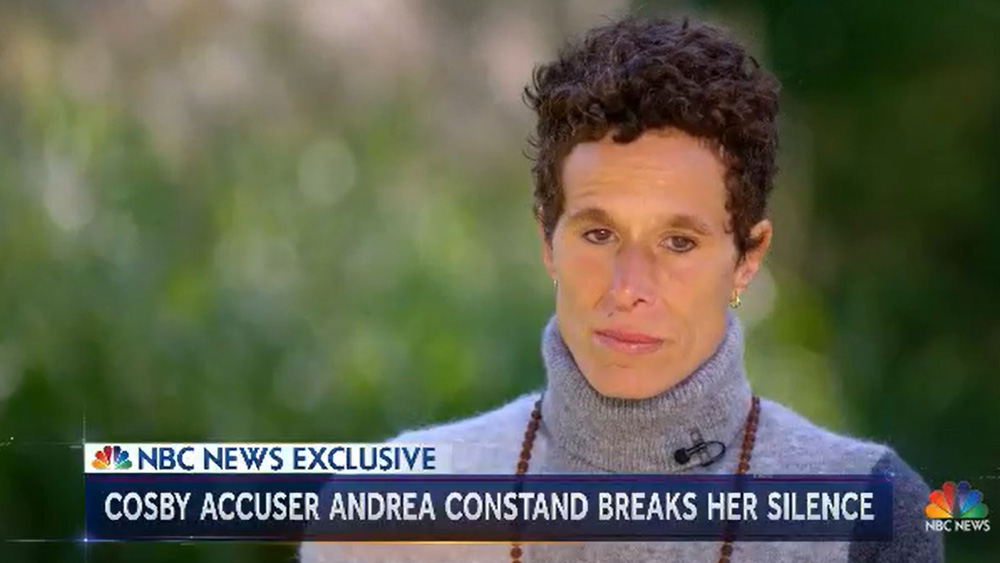 Bill Cosby accuser Andrea Constand is breaking her silence about the comic and actor’s release from prison two months ago. NBC News has landed the first TV interview with the former Temple University employee whose testimony helped put Cosby away for sexual assault.

In a brief clip of the sit-down that will air in full on Tuesday (watch it below), Constand tells Kate Snow she “was really shocked — disappointed” about Cosby being freed from prison after the Pennsylvania Supreme Court overturned his 2018 conviction on a technicality. He had been convicted of assaulting Constand in 2004.

Asked by Snow when Cosby’s release says about the American justice system, Constand fairly spat back, “That it’s flawed.”

More of the interview will air Tuesday on NBC’s Today and later on NBC Nightly News with Lester Holt. Snow also had an exclusive interview with Constand for the 2018 Dateline NBC special Bringing Down Bill Cosby: Andrea Constand Speaks.

Cosby originally was sentenced to three to 10 years in prison and was serving time at Pennsylvania’s State Correctional Institution at Phoenix. He had been found guilty in his second trial for assaulting Constand. Cosby, 83, always has maintained that they engaged in consensual relations.

More than 60 women have claimed that Cosby drugged and assaulted them over the decades.

Here is the 15-second clip from Snow’s sit-down with Constand: