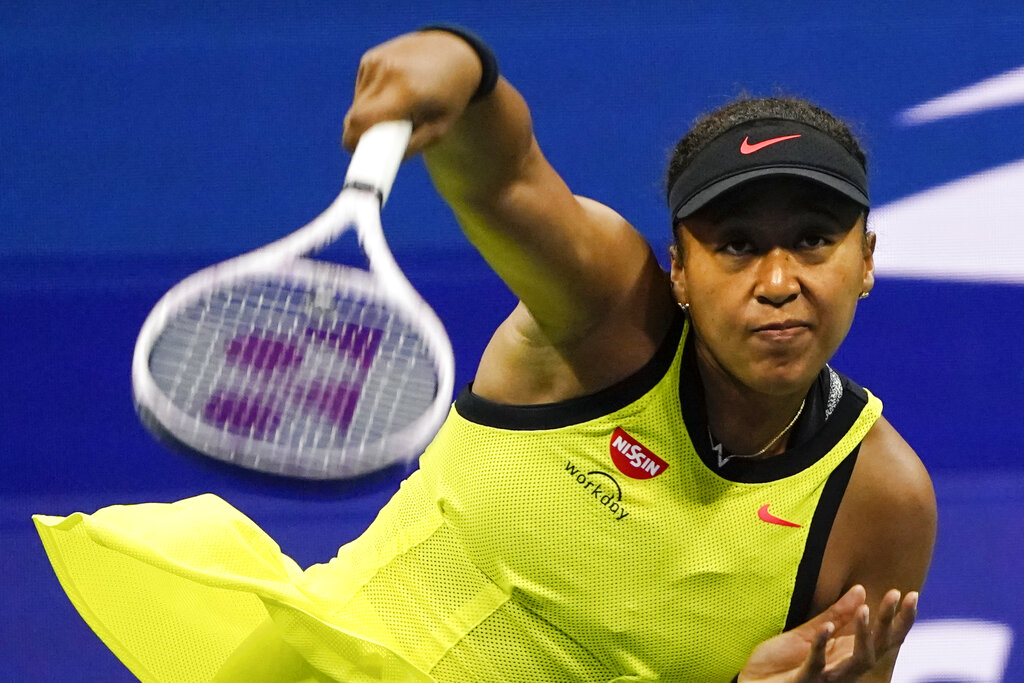 Naomi Osaka withdrew from the French Open and skipped Wimbledon earlier this year, revealing she suffers from depression and social anxiety. In her first major since then, things did not go well for the defending U.S. Open champion.

She took the first set and then the usually stoic Osaka lost her composure, repeatedly giving up points and slamming her racket on the ground. While Osaka did not receive a warning from the chair umpire, she did lose the set. With the match tied 1-1, Osaka walked off the court, towel draped over her head to gather herself.

She returned and double faulted to start the third set. Her opponent, 18-year-old Canadian Leylah Fernandez, who was ranked 73rd in the world before the match, kept the pressure on Osaka.

After tying the match at one set apiece, the crowd seemed to get behind Fernandez and the cheers grew for her. With the score 5-4 in the third set, Osaka stepped off the baseline, taking a long moment of time to compose herself again. For the first time, the crowd booed.

The next volley saw Fernandez win the match.

Asked when she knew she could win the match against the world No. 3, Fernandez said, “From the very beginning. Right before the match, I knew I was able to win.”