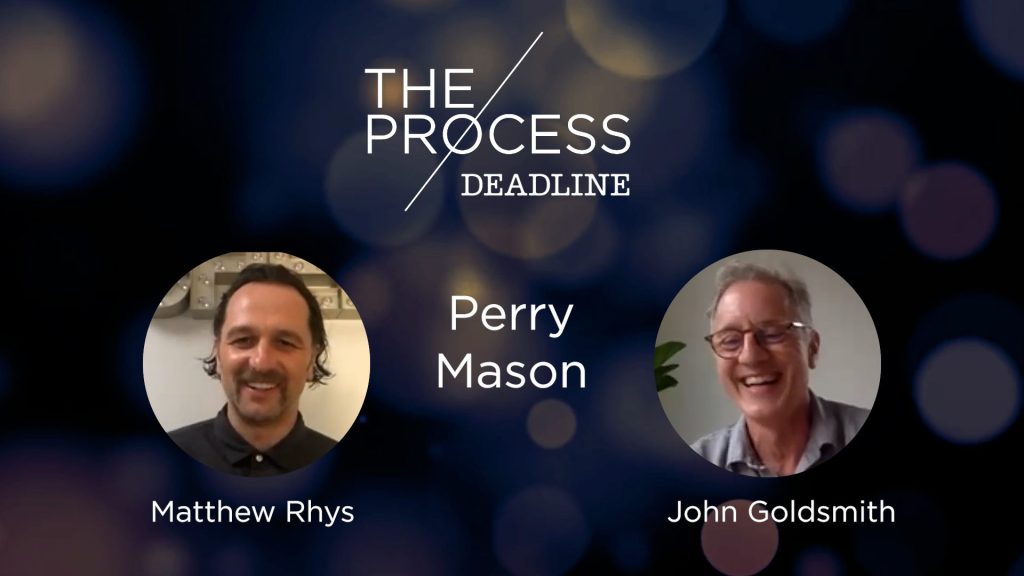 When production designer John P. Goldsmith was approached for HBO’s reboot of Perry Mason, he was compelled by the opportunity to dive into the world of 1930s Los Angeles.

“Architecturally, what was happening then with modernism was so interesting, with Neutra, and Schindler and Frank Lloyd Wright, and these people that were there making amazing work,” Goldsmith says. “So, when this project came up and I had my first conversation with [EP-director] Tim [Van Patten] and was thinking about…what’s happening architecturally and urbanistically and culturally in Los Angeles, which I love, [I thought it] would be so tasty to sink your teeth into.”

While navigating the challenges of work set in L.A., he would also need to build two massive trench networks for a battle scene set in France during World War I. As the series’ star Matthew Rhys recalls, Van Patten came to him with the idea of shooting the war scenes first, so that he would have real memories to draw on—giving him a sense of lived-in backstory, which would inform his performance as the titular detective.

“I remember thinking, ‘Well, that’s never going to happen, because it’ll take almost the entire shoot to build a trench network in Santa Clarita,’” the actor recalls. “But he was true to his word, which I’m sure must have been like a grenade in [John’s] life.”

“It absolutely was, [but] it was also a kind of gift,” Goldsmith responds. “I mean, for designers, you want to open strong and you want to close strong. Those are things that you just want to do.”

The period drama developed by Rolin Jones and Ron Fitzgerald is based on the iconic character of the same name created by Erle Stanley Gardner. It picks up with the down-and-out defense attorney, played by Rhys, as he takes on the case of a lifetime in 1932 Los Angeles.

Rhys is an Emmy winner and five-time nominee most recently recognized for his work on Perry Mason. The decorated actor recently sat down with “the iridescent” Goldsmith to pick his brains about his work on the series, which earned him his first Emmy nomination.

During their wide-ranging conversation, Goldsmith touches on his early interest in architecture, the encounter with Oscar-winning production designer Anton Furst that steered him toward the craft, the moment in Roman Polanski’s classic neo-noir film Chinatown that served as a point of inspiration for Perry Mason, the scene set at Angels Flight Railway in Downtown Los Angeles that proved particularly challenging to bring to life, and more.

For his part, Rhys touches on his favorite set from the series, how the world Goldsmith helped bring to life aided him in his work as an actor, and more.

Check out the Perry Mason creatives’ entire conversation above.