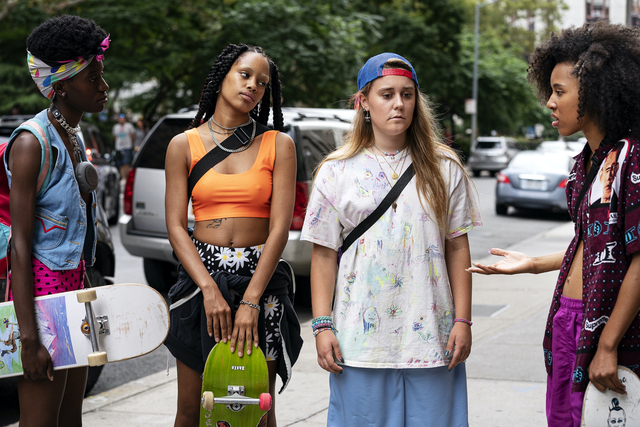 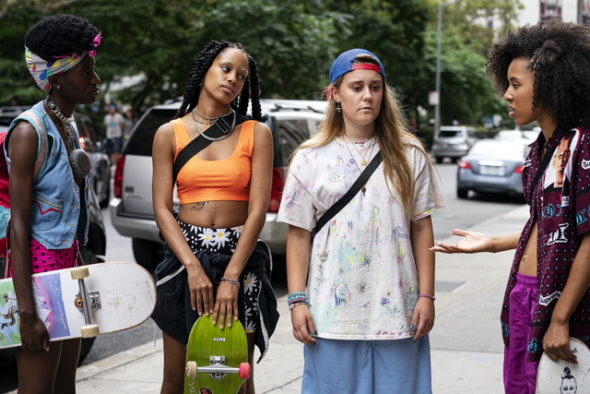 The ride is over. HBO has cancelled the Betty TV series so there won’t be a third season for the low-rated comedy series. The second season finished airing in July.

Based on Crystal Moselle’s Skate Kitchen feature film, the Betty TV show stars Nina Moran, Dede Lovelace, Moonbear, Rachelle Vinberg, and Ajani Russell, with Katerina Tannenbaum, Andrew Darnell, Lil’ Dre, Chef Roblé Ali, Rad Pereira, Isabel Palma, Eisa Davis, Danielle Melendez, Aya Aldamin, Florence Pedrosa Blake Mourad, Alexander Cooper, Raekwon Haynes, Moisés Acevedo, Judah Lang, Joe Apollonio, and Sage Ceasar. Set against the backdrop of New York City, the series follows a diverse group of young women as they navigate their lives through the predominantly male-oriented world of skateboarding. In season two, the five protagonists step firmly into womanhood and tackle all the challenges it brings. As they navigate the pressures of adulthood, their male counterparts start to step up, step in, and become true allies, forming a united front for the greater good. Set in the last chapter of 2020, the season captures the pandemic in the Big Apple, where masks and outside activities are the norm.

Airing late on Friday nights, the second season of Betty averaged a 0.02 rating in the 18-49 demographic and 102,000 viewers in the live+same day ratings (includes all DVR playback through 3:00 AM). Compared to season one, that’s down by 50% in the demo and down by 31% in viewership in the live+same day ratings (including DVR playback through 3:00 AM). While these numbers don’t include further delayed or streaming viewing, they are a very good indicator of how a show is performing, especially when compared to others on the same channel. Though there can be other economic factors involved, the higher-rated shows usually get renewed and the lower-rated ones get cancelled.

“We will not be moving forward with a third season of Betty,” HBO said in a statement obtained by Variety. “We are very grateful for the collaboration with Crystal and our incredible cast — their fearless exploration of the world of New York City’s skate culture will remain a beautiful emblem of friendship and community.”

What do you think? Do you watch the Betty TV series on HBO? Are you glad that this comedy has been renewed for a third season?