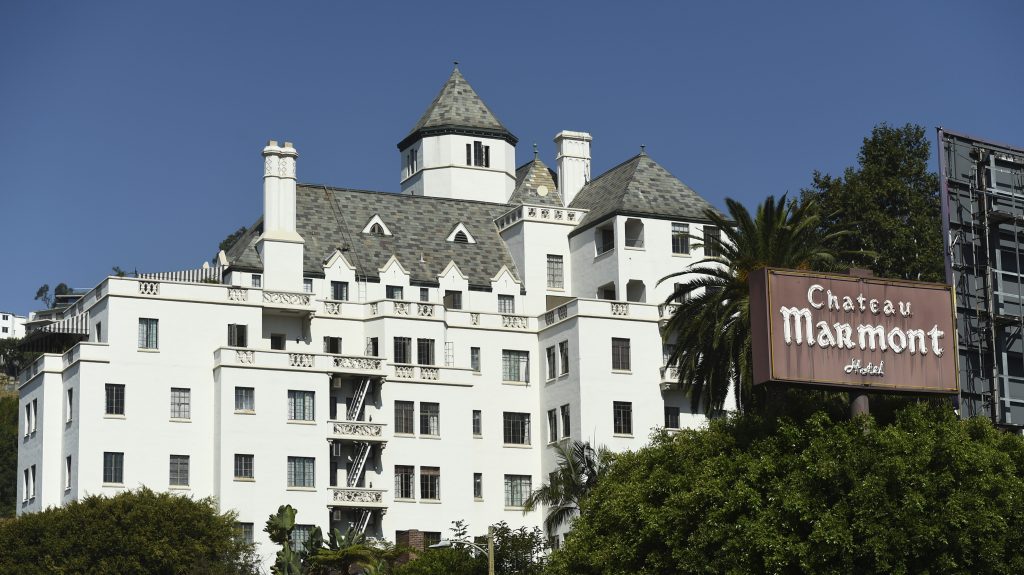 UPDATED with Chateau Marmont statement: The Offer, Paramount+’s miniseries on the making of The Godfather, has honored an ongoing boycott of the Chateau Marmont, ditching plans to shoot at the legendary Los Angeles venue, Deadline has confirmed.

Sources tell labor union Unite Here Local 11 that the production starring Miles Teller, Matthew Goode, Justin Chambers, Colin Hanks and others was scheduled to film at the Chateau between August 25 and 27, canceling after learning of the labor dispute in which it’s embroiled.

“As usual, the Chateau Marmont doesn’t comment on the personal or business affairs of its clients,” said a spokesperson for Chateau Marmont. “If, however, this production turns out to have been moved as a result of Unite Here Local 11’s interference, it would be yet another example of the union’s harassment of a non-union hotel and damaging the livelihood of hospitality workers who currently enjoy employment at the Chateau with wages and benefits greater than prevailing union standards.”

The Chateau Marmont remains at limited capacity, which has allowed the hotel to stay open in the Covid era. It has rehired more than 20 former employees, based on the City of Los Angeles’ right-to-recall guidelines, and none of its staffer has been diagnosed with the disease since the pandemic began.

The Offer is the second production this year to back out of business with the embattled hotel, in a display of solidarity with workers. The first was Aaron Sorkin’s film Being the Ricardos, which canceled plans to film there back in April.

“We applaud Paramount Plus’s decision to honor the boycott of the Chateau Marmont. We thank all the Hollywood unions — SAG AFTRA, IATSE, Teamsters. WGA and DGA — for supporting these courageous workers who have spoken out for dignity and respect,” said Kurt Petersen, co-president of Unite Here Local 11.

“Worker solidarity extends across all Industries. An injury to one is an injury to all,” added Lindsay Dougherty, who serves as recording secretary and organizer for Teamsters Local 399. “As we see the workers at Chateau Marmont fighting for dignity, respect and safety in the workplace, we will continue to encourage Hollywood productions and our members to honor the current boycott. We stand in solidarity with all current and past employees of the Chateau Marmont.”

The boycott campaign was launched in February by former Chateau Marmont workers, Unite Here Local 11 and community allies. The groups are calling on the hotel to demonstrate a commitment to respecting its workers’ years of service — by rehiring them in accordance with their legal rights — and to ensuring that all workers feel treated with dignity and respect, regardless of their race, sex or background.

In March, the hotel fired more than 200 of its workers, leaving them without job security or affordable healthcare during the Covid-19 pandemic. Since then, workers have spoken out about their experiences working at the hotel, including issues of disrespect, mistreatment and a racially stratified workplace. Earlier this year, two Black female employees, Thommi Gross and April Blackwell, filed lawsuits alleging that they experienced racial discrimination while working at the Chateau Marmont.

Other signatories of the boycott include Jane Fonda, Alfonso Cuarón, Martin Sheen and Spike Lee.