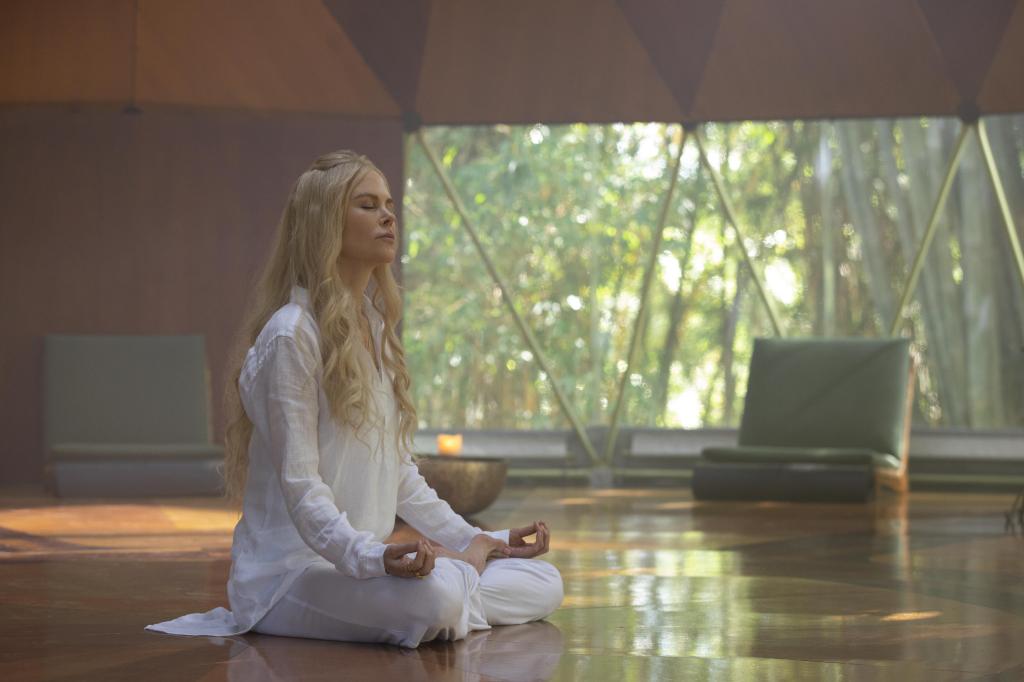 Hulu’s Nine Perfect Strangers has gotten off to a strong ratings start. As usual, no hard numbers are being released, but the high-profile limited series, starring Nicole Kidman and Melissa McCarthy, was the most-watched Hulu original ever — drama, comedy, limited series or unscripted — on premiere day as well as after five days on the service. That includes all seasons of The Handmaid’s Tale, The Act, and others.

The Handmaid’s Tale Season 4 finale previously was the most watched Hulu original ever on premiere day, according to the streaming service.

Hulu’s methodology is based on counting individual users to accommodate different release patterns (Hulu released the first three episodes of Nine Perfect Strangers at once), so a viewer is counted once whether they watched one episode or all three.

Co-written by Kelley, John Henry Butterworth and Samantha Strauss and co-showrun by Kelley and Butterworth, Nine Perfect Strangers takes place at a boutique health-and-wellness resort that promises healing and transformation as nine stressed city dwellers try to get on a path to a better way of living. Watching over them during this 10-day retreat is the resort’s director Masha (played by Kidman), a woman on a mission to reinvigorate their tired minds and bodies. However, these nine “perfect” strangers have no idea what is about to hit them.

You can watch a preview clip of the fourth episode, titled “Brave New World” which airs Wednesday, below.

In the episode, Masha (Kidman) comes clean about some of Tranquillum’s secrets, forcing the guests to decide if they will stay or go. Heather and Napoleon disagree about the retreat’s practices, and Carmel (Regina Hall) opens up to Masha in her one-on-one session. As treatment continues, Frances (McCarthy) and Carmel let off steam that’s been building for a long time. Tony (Bobby Cannavale) reveals more of himself to Frances, and Lars’ (Luke Evans) motives for coming to Tranquillum House are exposed. Pressure on Masha intensifies as Delilah (Tiffany Boone) remains skeptical about Masha’s decision to take the protocol to the next level.