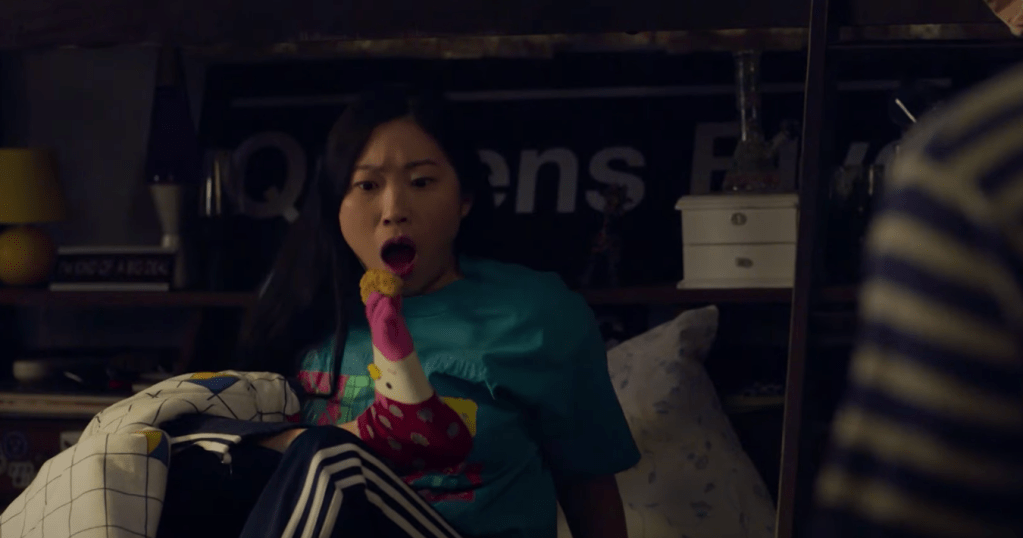 EXCLUSIVE: Awkwafina Is Nora From Queens returned to Comedy Central for Season 2, scoring a 0.31 rating in the 18-49 demo, per Nielsen; L+SD.

The Comedy Central series, starring the Shang-Chi and Crazy Rich Asians actress, returned with a two-episode launch on Wednesday in the 10 p.m. hour. The series saw a 20% increase on rating and 25% on share vs. the P4W time period average.

Created by Awkwafina, Nora From Queens is inspired the actress’s life growing up in Queens, NY. Raised by her dad and Grandma (Lori Tan Chinn) alongside her cousin, Nora Lin leans on her family as she navigates life and young adulthood in outer-borough NYC. The comedy also stars BD Wong and Bowen Yang.

The comedy also saw a 14% bump in share from the Season 1 average. In addition to airing on Comedy Central, Awkwafina Is Nora From Queens simulcast on MTV2, outperforming the time period average by 64% and 70% in rating and share, respectively.

Beyond the small screen, Awkwafina Is Nora From Queens was the the most viewed comedy series of all TV on Wednesday, across platforms including Facebook, Twitter and YouTube.