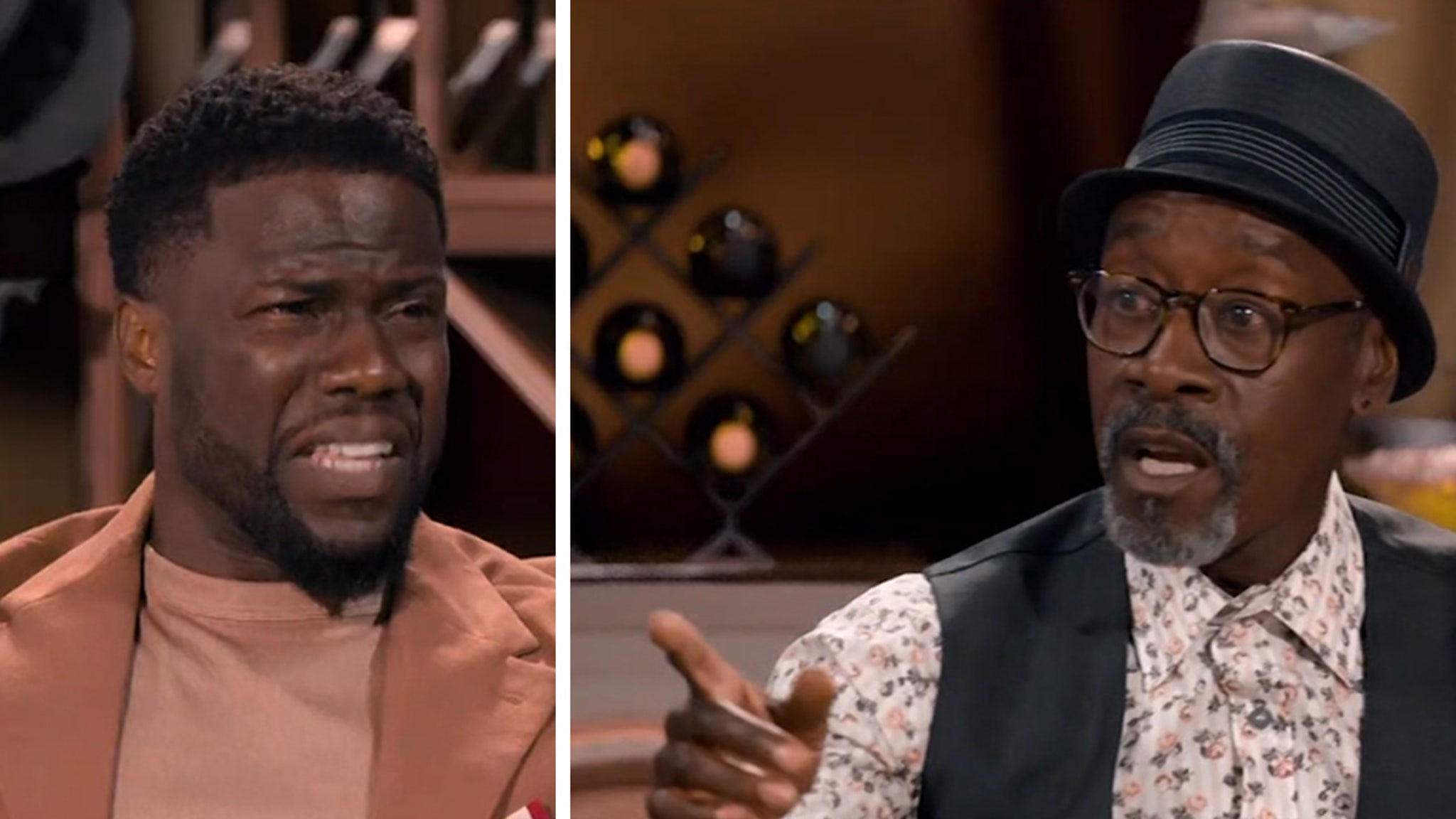 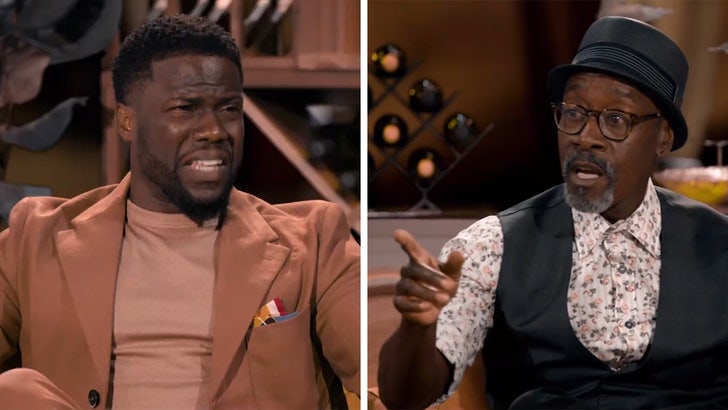 12:49 PM PT — The verdict’s in and this exchange was all a setup. A rep for Cheadle tells TMZ … the whole thing was just a joke. We’re told Don and Kevin were in on it together. Damn!!!

Kevin Hart‘s awkward exchange with Don Cheadle over the actor’s age has folks split smack down the middle on whether it was staged … but either way, it’s pretty hilarious.

Don sat down for an interview on Kevin’s Peacock streaming show “Hart to Heart” … and the interview seemingly goes south when Don mentions in passing he’s 56. Kevin blurts out, “DAMN” … and Don seemed — keyword, seemed — PISSED.

It becomes awkward and even uncomfortable to watch as Don vents and Kevin tries to explain himself. So, on that level, it seems real, because why create this kind of conflict?

On the other hand, it’s unclear why Don would be so angry over a seemingly innocent reaction. After all, saying “Damn” could be a compliment … as in you don’t look that old.

And, given the option of not making it to 56 … well, you should wear it as a badge of honor.

Social media is split. Plenty of folks thought it was a joke. One person wrote, “This is the first time I’ve ever laughed at a Kevin Hart joke.” Others thought it was genuine … like one guy who said, “Don Cheadle is now 46 cause he just sucked ten years out of Kevin Hart’s soul.”

Watch and judge for yourself.