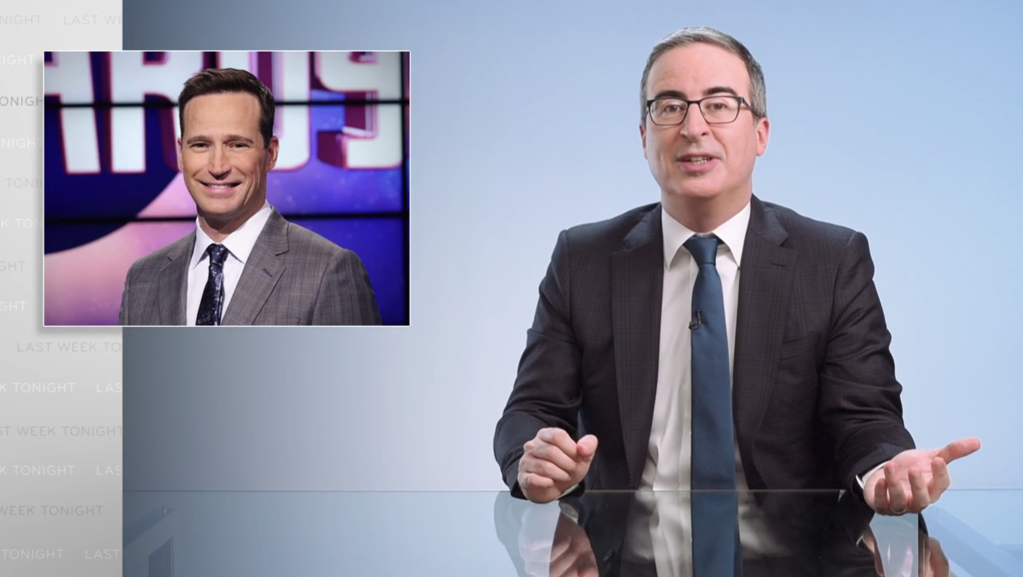 John Oliver isn’t too pleased about the new host of Jeopardy! either.

Early in the episode, Oliver played a clip of an angry mob accosting a school board member over mask mandates with a man screaming, “We know who you are.”

“It is genuinely hard to imagine a five word phrase less welcome than ‘we know who you are’ aside from obviously ‘new Jeopardy host Mike Richards,’” Oliver quipped.

The news of Mike Richards and actor Mayim Bialik succeeding the late Alex Trebek has been the focus of much internet scrutiny after fan favorite LeVar Burton was ultimately passed for the hosting gig.

Richards boasts a solid game show-laden CV. He served as the executive producer of Let’s Make a Deal and is known for his work in front of the camera, having hosted five series including Beauty and the Geek, Game Show Network’s 2016–17 version of Divided and the 2012 revival of The Pyramid.

Issues around the new appointment have surfaced in the last few weeks when it was revealed that the during his stint as co-executive producer/executive producer on The Price Is Right, Richards was implicated in discrimination lawsuits by former models on the show, including a 2010 complaint by Brandi Cochran who was awarded $8.5 million in damages; after an appeal, the case was ultimately settled. A later lawsuit with another model was also settled. (While featured in both complaints, Richards was only named as a defendant in the second lawsuit. He was later removed.)

The 38th season of Jeopardy!, with Richards is set to begin in September.