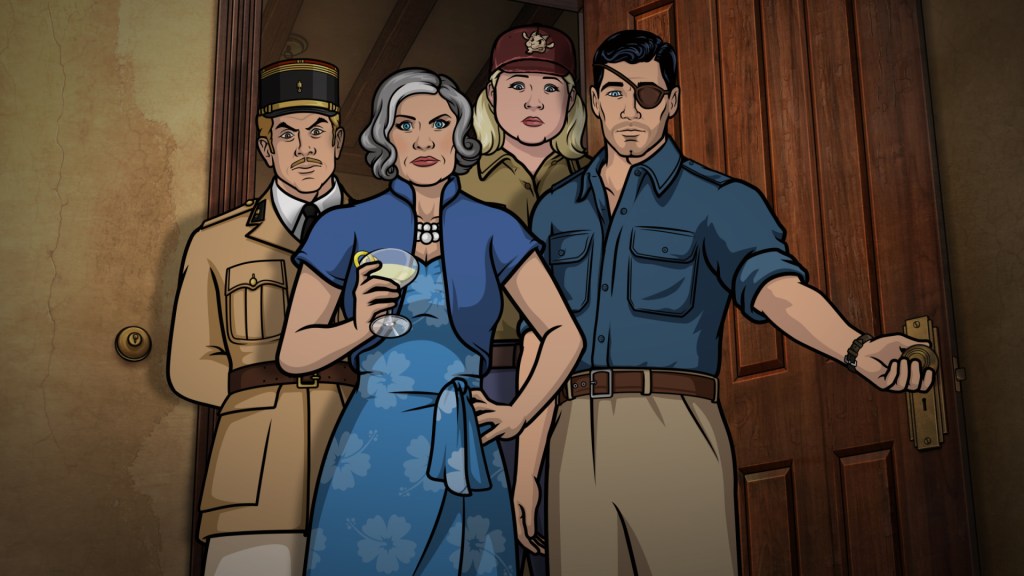 Archer, one of television’s longest-running animated series, is launching its 12th season Aug. 25 on FXX. It is the last season featuring the voice of core cast member Jessica Walter who died on March 24 at the age of 80.

With a show so deep into its run, the question whether to continue always comes up. For Archer, it is being complicated by the loss of a key cast member.

“We’ve brought in some additional people to work on the creative front. I think there was a question whether we could maintain the creative excellence on that show, and we have,” Eric Schrier, President of FX Entertainment, said in an interview with Deadline during the network’s portion of the summer virtual TCA press tour. “I think Covid slowed everything down —  everything got slower and harder — but the show continues to be excellent.”

He noted that the the creative team “are making adjustments” in the wake of Walter’s death. “That was a very close-knit group so losing Jessica was a big loss but I think creatively, they are trying to figure out a way to proceed forward.”

“Can the show continue? I think that’s  a creative question they are working on,” he said. “I’m optimistic the answer will be ‘yes’.”

There had been rumors of potential Archer spinoffs percolating over the past few years.

“We are not looking at any Archer spinoffs at this time,” Schrier said, adding the caveat that the network’s brass would always be open if creator/EP Adam Reed and EP Matt Thompson came to them with a spinoff idea.

In animation, FXX has upcoming series Little Demon,  starring Danny DeVito, his daughter Lucy DeVito and Aubrey Plaza, and there may be more shows behind it, Schrier said. “We are actively developing animation and have a number of projects in the works , that is a place we feel we have been successful.”

“We are very excited about Little Demon,” Schrier said. “Unfortunately animation takes a long time so it won’t be ready until next year but “we are actively developing animation and have a number of projects in the works.  That is a place we feel we have been successful.”

Walter, who last month earned a posthonemouus Emmy nomination for Archer did voiceover work for Season 12 until her death and was featured in the official trailer for the new season released two weeks ago. You can watch it below.