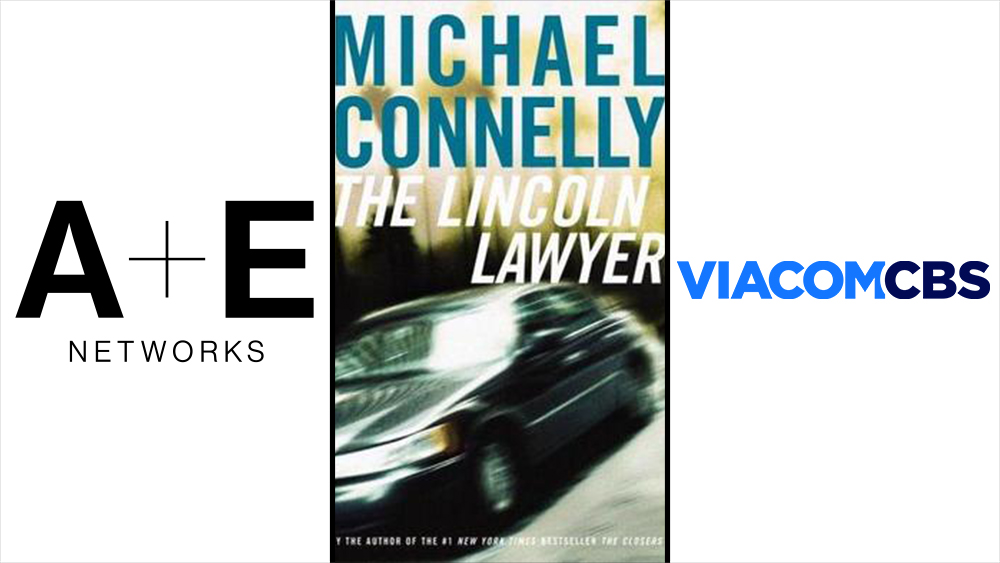 EXCLUSIVE: The Lincoln Lawyer is heading to court, literally.

In what could become both a very revealing and grueling affair for all concerned, A+E Studios subsidiary Frankl & Bob Films II, LLC have sued ViacomCBS for “millions of dollars” in losses over the latter’s spring 2020 decision not to go ahead with a series based on Michael Connelly’s novels.

“ViacomCBS knew that CBS Network had a binding contract with AES and that any breach of the contract would cause AES significant harm,” the complaint for tortious interference filed late Thursday in LA Superior Court says. “ViacomCBS also knew that it bad no justification or excuse for instructing CBS Network to breach the agreement,” the 10-page filing adds of the sudden end of the high-profile legal drama from The Practice creator David E. Kelley.

“ViacomCBS thus willfully and consciously disregarded AES’s contractual rights in directing CBS Network to injure AES by breaching the License Agreement,” the document from the firm of Munger, Tolles & Olson states. “It then invented a patently false excuse for the breach, venturing that AES would not be willing to protect itself from such an egregious violation of its rights. ViacomCBS acted intentionally. fraudulently, and with oppression and malice, without any privilege or justification, and in willful and conscious disregard o f AES s rights in instructing CBS Network to breach the license Agreement.”

Seeking a wide-ranging and unspecified compensatory damages, as well as exemplary and punitive damages, costs and the standard “any other relief the Court deems just and proper,” the complaint for tortious interference seems set on pulling CBS Entertainment boss George Cheeks personally in to the matter, as well as exposing how the sausage is made when it comes to network series pick-ups

Preemptively purchased by CBS in 2019, The Lincoln Lawyer was clearly the victim in one way or another of the Shari Redstone orchestrated reunion of the media corporation with its old parent company of Viacom. A melding that officially closed on December 4, 2019 under the new moniker of ViacomCBS.

Still, in the months after that only slightly messy merger, plans on The Lincoln Lawyer the CBS series continued and move well into the pre-production stages – – even as the Covid-19 pandemic shutdown Hollywood on both the big and small screen.

“Everything changed on May 1,” the complaint says of the beginning of the fifth month of 2020.

“That morning, two CBS Network executives called AES with a bombshell revelation: CBS Network was abandoning the Series,” the filing claims. “When AES asked them to explain this stunning reversal, they could not. The highest-ranking executive at CBS Network could say only that the decision had been made ‘above my head.”

Perhaps, above that exec’s head, but not unknowable, as the A+E Studios suit postulates.

“Only later did AES discover the real reason for the cancellation,” they announce with more page turning suspense than most lawsuits. It should be noted at this point, that Deadline’s Nellie Andreeva broke the exclusive on May 2 that Lincoln Lawyer was dead at CBS. In fact, our Editor-in-Chief, TV makes a footnote cameo in today’s suit with a June 2019 story of her’s on the series production commitment – but perhaps I digress a bit.

“After the merger, ViacomCBS’s new leadership, led by Mr. Cheek had second-guessed CBS Network’s decision to enter into the 13-episode series commitment,” today’s filing alleges, putting the cause on Cheeks and crews deciding a brand like Lincoln Lawyer and working with a proven hitmaker like Kelley “was not valuable to ViacomCBS as a whole,” and a hold over from the previous regime. “Mr. Cheeks and his fellow ViacomCBS executives had thus decided that it would be better for ViacomCBS as a whole if CBS Network breached that commitment.”

“As a result, ViacomCBS -an entity that did not even exist until after CBS Network made the series commitment – instructed CBS Network to breach its contract with AES,” the filing says, putting the blame on AES and “to pretend that because AES had not delivered the first episode of the Series before the upfronts, CBS Network could not move ahead with its series commitment.”

“That breach ensured that the Series would never make it onto broadcast television.”

Perhaps, but The Lincoln Lawyer and Kelley made it to a pretty wide reaching streamer.

After getting the axe from ViacomCBS last year, A+E Studios shopped the project, which ultimately landed at Netflix. The streamer gave a series order to a new incarnation of the drama in January 2021, starring Manuel Garcia-Rulfo as the titular character, as the series honored the story’s Latinx origins.

The 10-episode first season is based on the second book in The Lincoln Lawyer series, The Brass Verdict.

Written and executive produced by Kelley and showrunner Ted Humphrey, The Lincoln Lawyer revolves around Mickey Haller (Garcia-Rulfo), an iconoclastic idealist, who runs his law practice out of the back seat of his Lincoln Town Car, as he takes on cases big and small across the expansive city of Los Angeles.

Kelley and Humphrey executive produce alongside Connelly and Ross Fineman.

At this late hour, ViacomCBS understandibly did not respond to request for comment from Deadline on the suit. If and when they do, we will update.