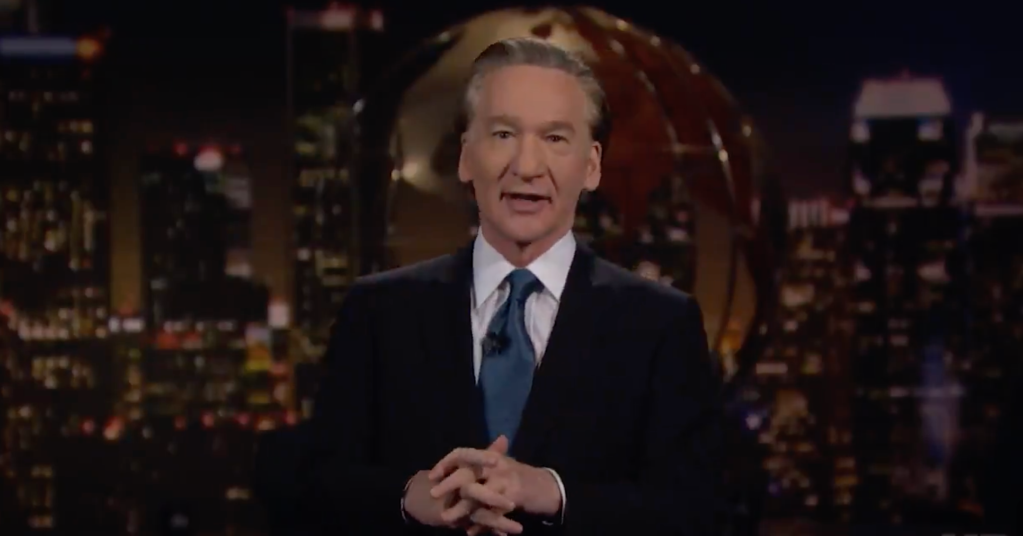 “Congressman is literally the only job in the world you can get with so much prestige and so many perks while being a complete doofus with absolutely no skills, knowledge or qualifications,” said Bill Maher as he began the final of his “New Rules” on Real Time Friday.

“All you need is a smile and a tie. I’d say you need a pulse, but dead people have been elected to congress,” he observed.

“Unremarkable people can get a remarkable life in Congress. And that’s what keeps the average Republican in Fatso’s thrall. Sticking with Trump guarantees the something bigger than faith, country or objective reality: They get to keep the best job they could ever get with nothing to recommend their lazy, ignorant ass for it.”

Maher then went on to name check Republicans Lauren Bobbitt, Marjorie Taylor Greene, Chip Roy and Nancy Mace who, he says, get “paid 175 grand a year, free medical, great pension, with half the year off, plus a million-and-a-half dollar a year allowance. And (they get) to be on TV for doing nothing, which we all know is the American Dream. Once you get elected, there’s no year-end performance review.”

The Real Time host then made his closing point. “You have essentially no boss. Well, except the voters. That’s the one thing you gotta do to keep all these perks coming: If your district is full of people who think that the election was rigged, or vaccines have microchips in them, or Democrats eat babies, you have to agree and then repeat it in Congress. And they do.”

A party for 500 of the top Democrats in the country gets cancelled at the last minute? Do you know how much leftover baby there is?!