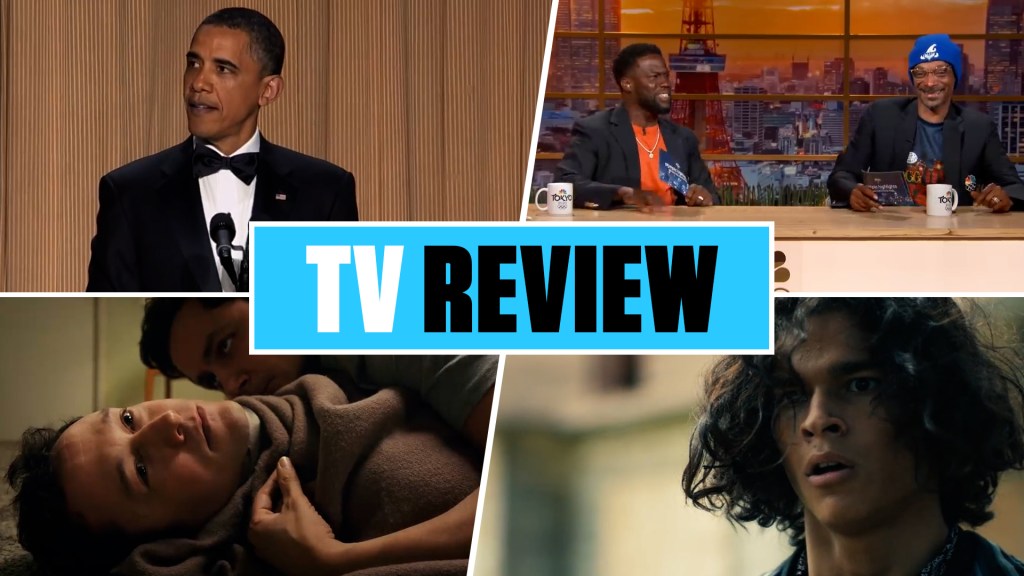 Simone Biles took to the balance beam today at the Tokyo Olympics and proved she is every inch a true champion as the Covid conflicted NBC broadcast games head into their final days. Yet, as Emmy campaigning truly ups its game and the Delta variant brings masks and vaccination mandates across the nation, there’s a lot of action on the small screen.

So, what is the show you have to watch this week?

You know how to get the gold — watch my video review above.

Timed to Barack Obama’s 60th birthday, HBO’s Obama: In Pursuit of a More Perfect Union debuts tonight on the premium cabler. Running over three night and six hours in total, the Peter Kunhardt directed project paints a complex portrait of the 44th POTUS from his childhood to the White House. Obama’s historical significance as the nation’s first Black President is projected onto the historical legacy of slavery and racism in America and the deep divides and white supremacy that still stalks the land.

The man himself is never interviewed anew in the docuseries, but the likes of Cornell West, Obama adviser and CNN pundit David Axelrod, Ta-Nehisi Coates, Rev. Jeremiah Wright, Henry Louis Gates Jr. and Keegan-Michael Key, who created Obama’s fictional anger translator Luther, are in the chorus of voices and insights presented

Out of the HBO Documentary Films unit, In Pursuit is a Kunhardt Films Production. The three-part is produced by director Peter Kunhardt, George Kunhardt, Teddy Kunhardt, and Matthew O. Henderson. Andi Bernstein and Mona Sutphen executive produce the docuseries along with Jelani Cobb and Jacqueline Glover.

Having premiered right as the Tokyo Games kicked off, Olympics Highlights with Kevin Hart & Snoop Dogg may lack the limelight of NBC’s primetime coverage, but certainly is a contender – based on the duo’s crip-walking analysis alone. Popping up every couple of days on Peacock, the clip commentary series from Hart’s LOL Studios has the broadcast blazers, but otherwise leaves tradition behind.

Far closer to home and yet further away in many ways, the tribal territories of Oklahoma are the arena for FX’s Reservation Dogs. The Sterlin Harjo and Taika Waititi created Indigenous comedy focuses on four teens trying to make a break for a new life in California, no matter what gets in their way, which is often themselves.

Joseph Gordon-Levitt is back on the small screen with the launch of Mr. Corman on AppleTV+ on August 6. Spotlight the less than stellar life of a fifth-grade teacher and failed (or just very frustrated) musician, the dramedy can get a little trippy too.

Which one is the show you have to watch? Watch the video review above to find out.